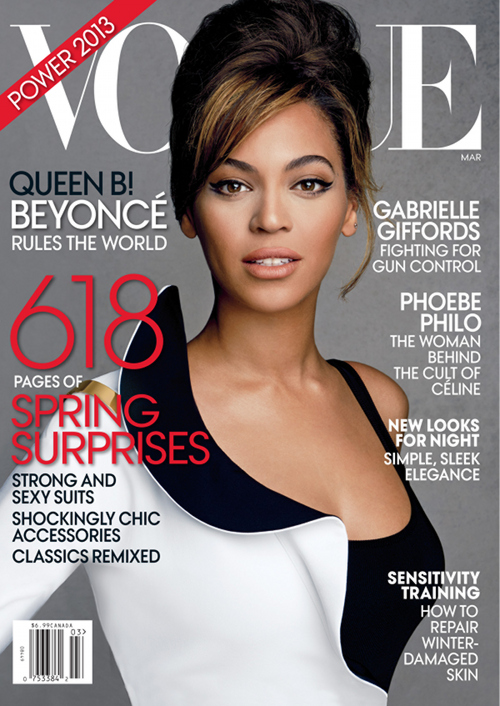 Beyoncé does it again! The chart-topping Grammy Award winning R&B/Pop artist, fashion icon, actress and business mogul covers Vogue’s March ‘Power 2013’ issue. Bey sold millions of records and accelerated beyond simply making music. The Houston native landed mega multi-million dollars endorsement deals, is one of the most iconic entertainers of our generation and now her music is more adult, but she still know how to deliver. Last month, Blue Ivy’s mother sang “The Star-Spangled Banner” at President Barack Obama’s Inauguration and last week, she performed a mega halftime show at the Superdome in New Orleans for SuperBowl XLVII. Not only is Bey gearing up to drop a new album this Spring 2013, she will also be embarking on The Mrs. Carter Show World Tour. While in a film studio in NYC, shooting a commercial for L’Oreal, Editor Jason Gay interviewed Beyoncé during an intermission.

On recording her new album in New York’s Hamptons, which will feature collaborations and production from The Dream, Timberland and Justin Timberlake:

“We had dinners with the producers every day, like a family,” she says. “It was like a camp. Weekends off. You could go and jump in the pool and ride bikes . . . the ocean and grass and sunshine. . . .  It was really a safe place.”

What fans can expect on her new solo album:

“I’m going to be tweaking,” she says, smiling. “I still have things to figure out.” 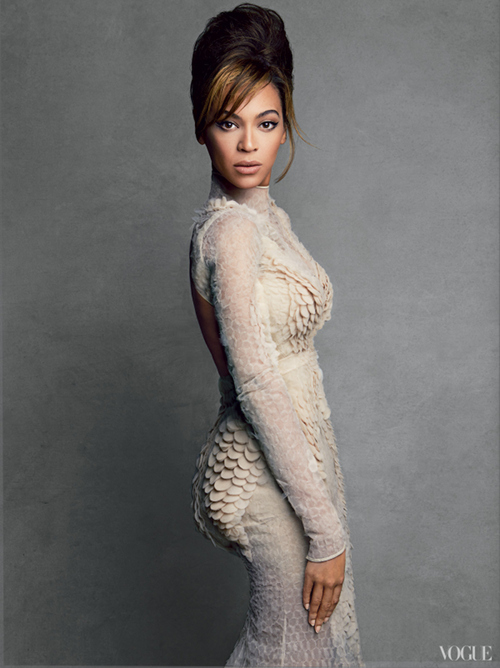 On being nervous and feeling pressure:

On her pregnancy, what she was feeling and envisioned:

“I felt very maternal around eight months,” she remembers. “And I thought I couldn’t become any more until I saw the baby. . . . But it happened during my labor because I had a very strong connection with my child. I felt like when I was having contractions, I envisioned my child pushing through a very heavy door. And I imagined this tiny infant doing all the work, so I couldn’t think about my own pain. . . . We were talking. I know it sounds crazy, but I felt a communication.”

On being in the hospital giving birth:

“My family and my closest people were there when I gave birth,” she says. “Everything that scared me just was not present in that room. So for me to really let go and really appreciate every contraction . . . it was the best day of my life”

On her upcoming HBO documentary, Life Is but A Dream:

“My story has never been told—no one really knows who I am.”

On splitting with her father Mathew Knowles as her business manager:

“My soul has been tarnished,” she declares—but later, as she asserts her independence and confronts the petty squabbles of the business, she comes around to appreciating her father’s hand. “My father taught me so much about being a businesswoman,” she says. “And I’m understanding him a lot now. . . . A lot of the crazy things he did were necessary.”

Read Beyonce’s ‘Power 2013’ cover story in its entirety over at Vogue.