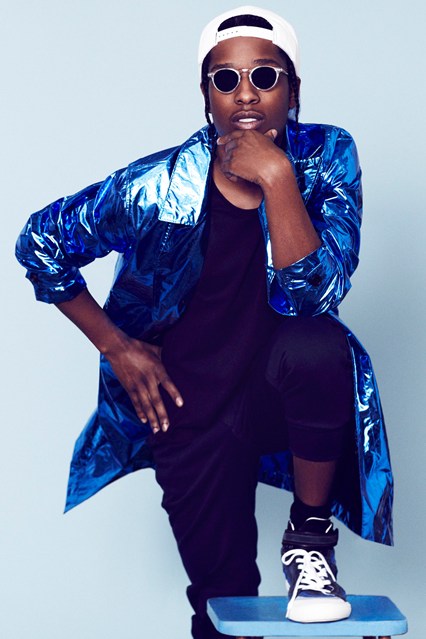 Name a fashion magazine or online publication and I bet you, A$AP Rocky have been feature in an issue or had a spread online. After enjoying the success of his number one debut album, Long.Live.A$AP, this Harlem native is taking his talents to the fashion and modeling industry. The fashion trendsetter models for Mr. Porter. This issue features the RCA Records rapper in latest products that arrived at the online store. In the shoot, Rocky sported brands by Maison Martin Margiela, Rick Owens, Raf Simons, A.P.C., Burberry Porsum, Givenchy and others. Below are some highlights from Rocky’s interview:

On being in the streets when he was younger but didn’t want to run the streets forever, so he started doing more positive things:

“I realized that the streets were my reality, and I wanted to make another home, so I started doing positive things. Some people have it in them to get out, and some people are content to stay in the hood. You’d be kind of stupid to get stuck in a bad predicament your whole life, but I feel blessed because I know where I came from and everything I’ve been through.”

On his oldest brother being in the streets heavy and how he was murdered:

“He was a gang-banger, a Blood [member], and he got killed. I wanted to be like him but when he died on the streets I realized that the streets are not the place I wanted to make home,” he remembers.

On his oldest brother inspiring him to rap:

“My brother was a hip-hop fan, and when I was eight he made me rap for the first time – he was beating on the table to make a beat, I started rapping and he encouraged me to keep doing it.”

On enjoying music outside of NYC:

“I don’t know if it was wrong [to enjoy music from all over America],” he says, “but I can say that my brother used to do it, so I adopted it.”

On his sophisticated taste in style:

“At the age of eight I started getting into fashion, brands such as Tommy Hilfiger, Nautica and Ralph Lauren,” he remembers. “But in 2005 I started wearing John Richmond jeans. I was into Prada and Dolce & Gabbana at the time and that’s why I started to wear tight jeans, because I wanted to be a model. I started to do freelance work for Calvin Klein so I was slim and it just stuck.”

On if he would ever launch his own fashion brand:

“I don’t want to. It would be disrespectful to take my stardom and bully my way into the fashion industry, because I didn’t go to [fashion] school to learn about design, sketching and fabrics. I just enjoy it; I’m a consumer.”

On people questioning his sexuality and labeling him gay: 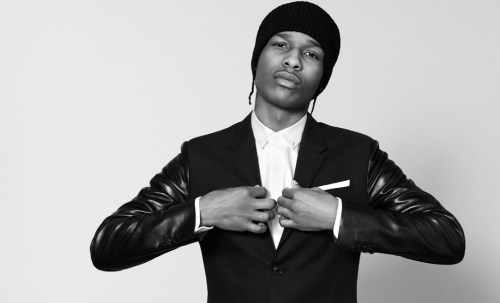