International pop diva Beyoncé is doing her best as well as styling while promoting Pepsi (Last year, she inked a $50 million deal with the brand and serves as their newest spokeswoman). Some new promotional images were released and Bey goes for a bleached blonde hairdo, red lipstick and a vintage 70’s inspired look. She’s flaunting her curves in some hot booty-shorts paired with a white sweater for the beverage company.

The ads will also be used to promote her upcoming world tour, ‘The Mrs. Carter Show’. 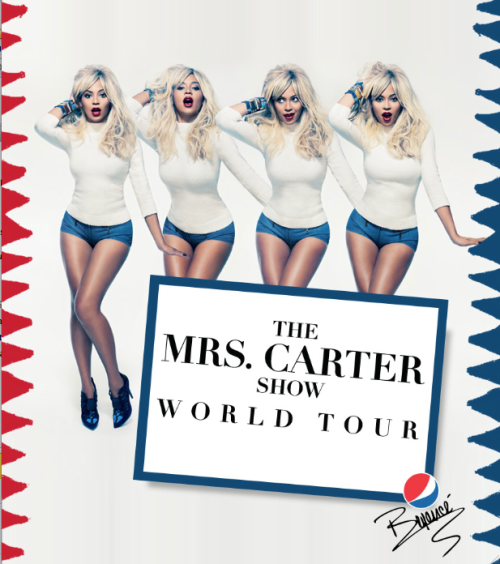