Is She In A Class All By Herself? Solange Knowles For EW

This fly chic style is very creative and I think that she is in a class all by herself. When it comes to vintage fashion, Solange Knowles has it on lock. She rocked fur jackets in green, blue and red for her latest photo shoot for Entertainment Weekly. Let’s just take a few seconds and look at the photo above. How did she managed to pull off an all green outfit? I don’t know but she made it look good! Werk!

Fashionable music artist and creative director Swizz Beatz alongside his wife Alicia Keys and their son Egypt were spotted arriving at Vancouver International Airport for a flight back to the United States. Swizzy flew in style, wearing a 10 Deep Five Panel Snapback with the matching 10 Deep Rose Sweatshirt, denim jeans and Balenciaga Arena Sneakers. Swizzy completed his outfit with a blue jacket and a Givenchy Birds of Paradise scarf hanging out of his back jeans pocket. 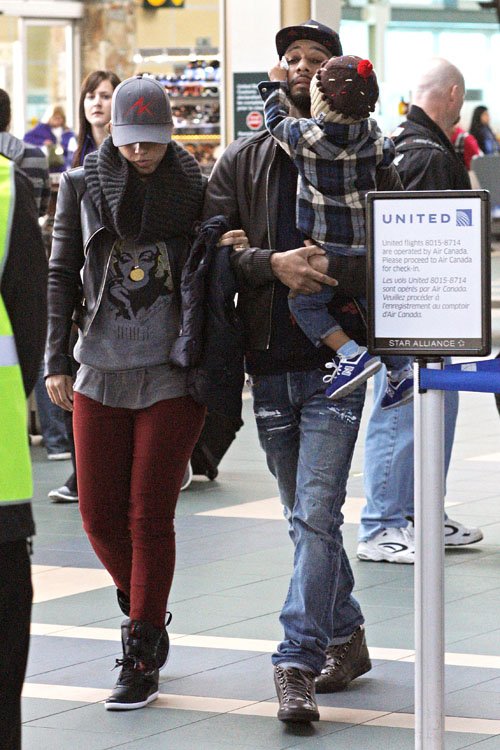 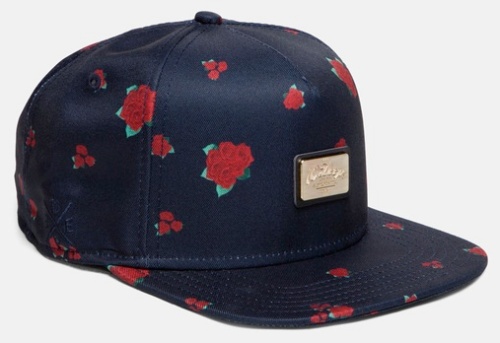 R&B/Pop singer Ciara wears a cute white suit on the latest issue of Annex Magazine 2013 “Diane” issue. For the cover and her spread, Cici was shot by famed photographer Bradford Rogne. Inside, she talks about her new album, One Woman Army, inspiration and new boyfriend, rapper Future. This issue arrives on newsstand March 18th. Below are some highlights:

On her new album, One Woman Army:

I am approaching this record in a different way than I have any other project before. While recording “One Woman Army” I have been running towards my fears and allowing myself to be vulnerable in many ways; for the first time I allowed myself to be completely open in the music making process.  I can honestly say this is the most fun that I’ve ever had making an album.

On her inspirations:
I really love listening to artists like Lana Del Ray, Kendrick Lamar, Drake just to name a few. However, I continue to find inspiration from the generation of greats such as Michael Jackson, Prince and Madonna.

Chris Brown was recently spotted leaving his Los Angeles home to go to a studio session. He rocked a yellow $275 Pyrex Vision “The Entombment of Christ” graphic Religion hoodie from designer and boutique owner Virgil Abloh’s brand new collection. Breezy completed his outfit with yellow sweatpants and Air Jordan sneakers. He is in the studio with Rihanna and others working on some new music. It is also rumored that Breezy will be touring with Lil Wayne this Spring 2013.

Model Jessica White is taking her talents to the small screen. The Maybelline spokeswoman is getting her own reality show on the Style network. As of press, the show hasn’t released a premiere date yet but filming has already gone into production. According to Page Six, “she was spotted at the Doe Fund’s Sweet: New York event Thursday night, with cameras trailing close behind. She mingled at the food-and-wine tasting with fellow reality stars Ramona Singer and Cynthia Bailey, singer Hesta Prynn and stylist Derek Warburton. We hear White’s show will document her career as a model and a budding singer. She’s been working on an album since last year.”

Would you be watchng?

Fashion Killa Of The Day! Groove Banks From Brooklyn

Today’s (March 11) fashion killa of the day is Groove Banks from Brooklyn. His outfit of choice for this sunny Monday is an orange flannel shirt and camo pants paired with Timberland boots. Groove accessorized his outfit with a Supreme cap and backpack. This Flatbush Avenue kid favorite streetwear brands are Love Vs Money (Guy Benson) and Slowbucks. Some of his favorite NYC shopping stores are Supreme and Atrium in Soho and Old Navy department store. He also listed A$AP Rocky and Kendrick Lamar as some of his best dressed celebs. Are you feeling this fashion killa outfit?

Email yodonbleekraps@gmail.com if you would like to be posted as “Fashion Killer Of The Day” (male) or “Fly Chic Of The Day” (females).

Comments Off on Fashion Killa Of The Day! Groove Banks From Brooklyn

Over this past weekend, singer and actress Ashanti celebrated Army Wives premiere at a private party. For the occasion, she got glammed-up in a $196 Boulee-Ciara Long Sleeve Dress in Blue. This dress features daring cut outs, one shoulder long sleeve, shoulder and side bodice cut out. Ashanti paired her dress with Christian Louboutin nude pumps. On Army Wives, Ashanti stars as Latasha Montclair. Season seven premiered last night. Do you watch it, if so, did you like it? 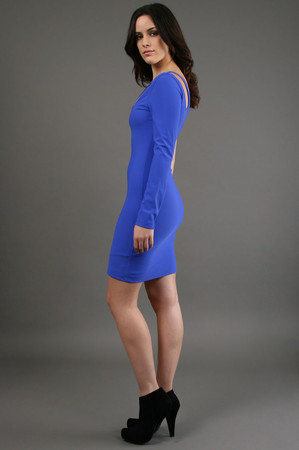 MMG’s own Wale uploaded a pic to his Instagram account wearing a $1,000 Givenchy Neoprene Varsity Jacket which features a double colored relish striped on the shoulder and arms. This jacket is also sold-out! Good luck finding one on eBay.

Back in December, G.O.O.D. Music rapper Pusha T performed in Detroit. During his set, King Push also wore a $1,000 Givenchy Neoprene Varsity Jacket. I’m not really a fan of varsity jackets, are you? 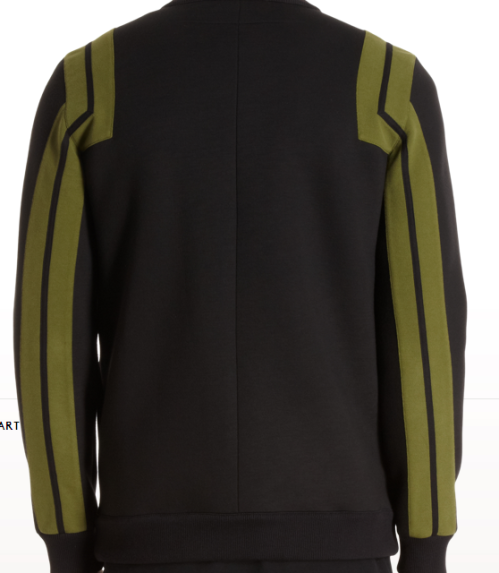 Beyonce Is Gone With The Wind Fabulous In Floral Prints 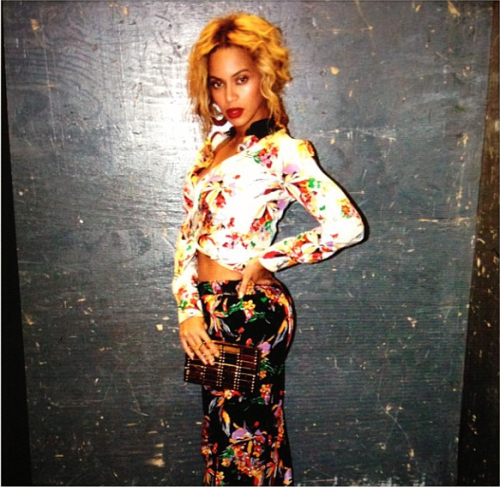 The baddest chick (Beyoncé) is in NYC rehearsing for her upcoming, ‘The Mrs. Carter Show’ world tour which kicks off April 15th at the Kombank Arena in Belgrade, Serbri. King Bey Instagram’d a photo of herself and she was “gone with the wind fabulous” in some nice looking floral prints. She wore a $375 10 Crosby Derek Lam Long Sleeve Blouse and $395 10 Crosby Derek Lam Floral Wide Leg Pants. King Bey is also voicing the character of Queen Tara for the animated flick, Epic. When she was asked why did she take that role, she replied, “I’ve always imagined being in an animated film. I’ve always wanted to be a queen.” 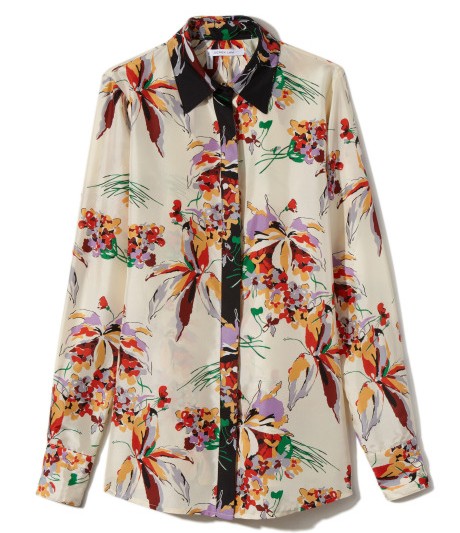 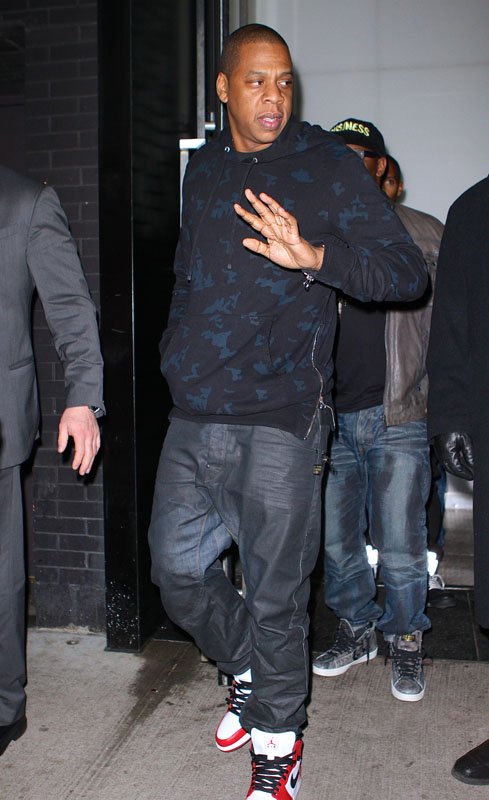 Paparazzi caught music mogul Jay-Z leaving Saturday Night Live (SNL) after-party in Manhattan, hours after he performed on the show as Justin Timberland’s special music guest. Jigga was on his “Brooklyn Bulls**t” in a $696 Balmain Distressed Camo Hoodie and G-Star denim jeans paired with Air Jordan 1 Retro. Are you feeling this look? 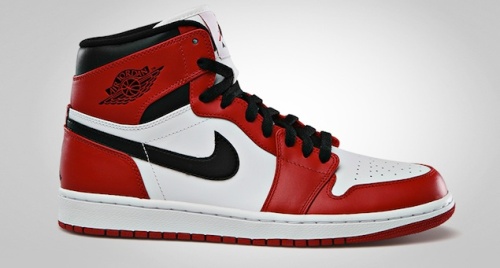