Love & Hip Hop has a few more episodes remaining before this season wraps. Earlier in the week, the reunion taping took place at NEP Penn Studio in NYC, executive producer Mona Scott Young hosted the show. Just like a lot of other reality reunion shows the taping was filled with drama, fights, exposed secrets and more. My industry friends from Juicy Magazine  were on set for the reunion taping and below are 1o things to expect from the show.

1. Two of the cast members are engaged!

2. One cast member is bisexual!

3. We find out which two cast members dated the same rapper at the same damn time!

4. There is a major breakup between two cast members!

5. We find out two high profile celebrity names that slept with two members of the cast!

6. One cast member has such a complete new look that they were barely recognizable!

7. There was more than one fight between CONSEQUENCE and JOE BUDDEN during the taping!

8. All the cast members take lie detector tests, and big secrets are revealed! 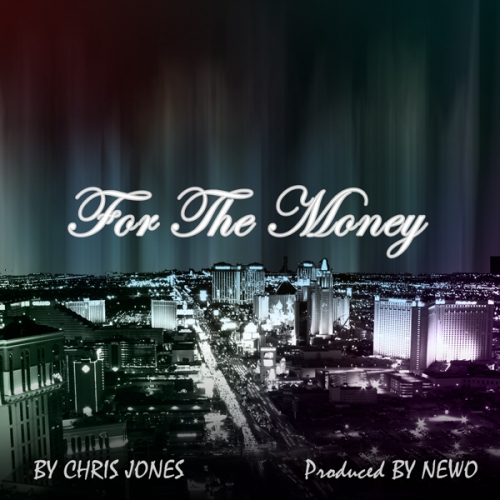 Queens, New York rapper Chris Jones releases his new single and he did it “For The Money”. Newo handled the production. This track reminds me of one of those early 2000’s NYC anthems. Chris is currently dropping singles and visuals which he hopes will help him create a bigger buzz by the time he release his next mixtape. His latest mixtape, Reality vs Expectation dropped last year and was hosted by the legendary DJ Ill Will. Chris is still an unsigned artist, but he is willing to sign to a major as long as they’re investing in and marketing him the correct way. Five years from now, Chris would like to be a signed rapper in the industry making waves, dropping singles and releasing a classic album.

Comments Off on Queens Rapper Chris Jones Releases “For The Money”

Tagged as "For The Money", Chris Jones

She’s Back To Normal Again! Nicki Minaj Wears A Long Blonde Weave On The Cover Of Elle Magazine

YMCMB’s femcee Nicki Minaj covers the April 2013 issue of Elle magazine. This time around, the Queens multiplatinum rapper is back to normal. She gave her crazy looking outfits and outrageous wigs a break and sported a long blonde weave, black leather jacket and tights for her spread. This issue hits newsstand March 18th, but below are some excerpts:

On her dramatic make-under for her ELLE photo shoot: “When I saw myself with barely any makeup at, it was such a… like, I’m so, so attached to my pink lipstick, it’s hard. I feel that it’s become a part of me. To go in front of the camera, without pink lips or big ol’ crazy lashes— you know, nothing— I felt naked. It was scary! So this photo shoot was a real accomplishment in my eyes.”

On experiencing bullying in school as a child: “I went through a lot of bullying early on. Girls made my life a living hell. We had come to America from a different country. My brother and I had accents. It was very tough. So I’ve always put up this wall— it was a self-defense mechanism growing up— because I was almost expecting people to attack me. And I still have it. It’s sad.”

Her advice for women on how to command respect: “My advice to women in general: Even if you’re doing a nine-to-five job, treat yourself like a boss. Not arrogant, but be sure of what you want— and don’t allow people to run anything for you without your knowledge. You want everyone to know, Okay, I can’t play games with her. I have to do right by this woman. That’s what it’s all about.”

On her plans for world domination: “My goal in the beginning was to buy my mother a house. Now I realize, Okay, if I really focus and become a key player in business, then I can build an empire. I’m thinking of a legacy that I can be proud of and wealth that my grandchildren can use to go to college. So world domination— in terms of providing for my family— is absolutely my goal.”

Comments Off on She’s Back To Normal Again! Nicki Minaj Wears A Long Blonde Weave On The Cover Of Elle Magazine 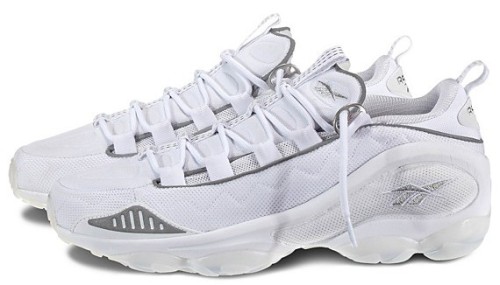 Somewhere in the world, Swizz Beatz posed for a picture in front of a classic automobile. He rocked a pair of Reebok DMX Run 10. The DMX Run 10 became the first shoe to debut Reebok’s proprietary moving air technology when it was released in 1997. The revolutionary technology found in DMX Run 10 would later be used as inspiration for Allen Iverson’s first signature model, the Answer I.

Grammy nominated Def Jam rapper Rick Ross was on set filming a new visual in a pair of Reebok Classic Kamikaze II Houston inspired Red/Yellow which features a distinctive lightning/zigzag design and HexaLite cushioning  technology in the forefoot and heel.

Beyoncé took to her official Tumblr, IamBeyonce and uploaded some new pictures. In these two particular pics, Bey was photo’d in a vintage music shop playing with a few instruments. She wore a $395 3.1 Phillip Lim Navy Floral Overlapping Silk Tee-Shirt  with the matching $728 Phillip Lim Stovepipe Floral Trousers from the brand’s Resort 2013 collection. Each piece feature strips throughout it and floral graphic print at the front and back. Ladies, would you wear Bey’s outfit? 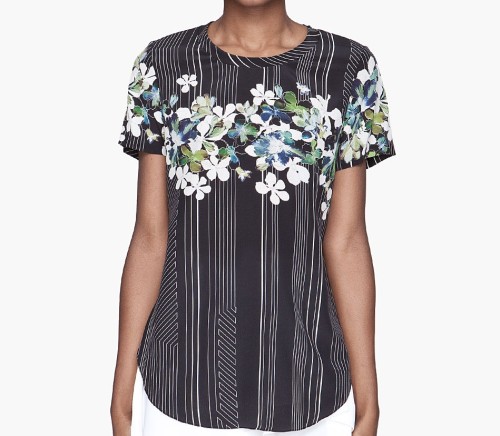 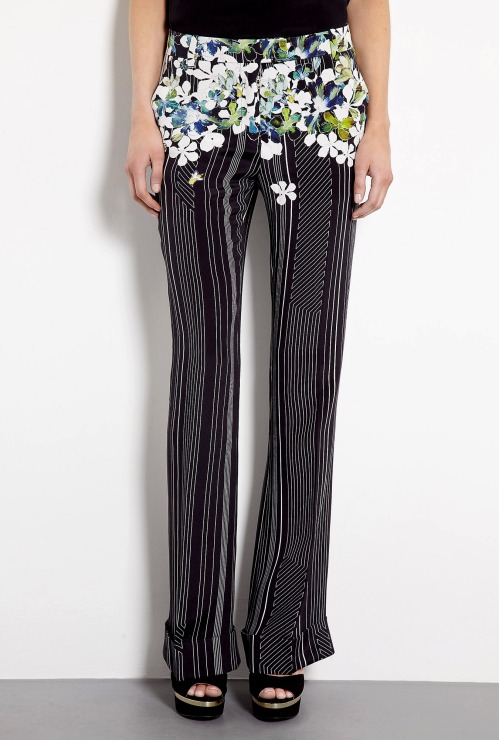 Philly’s own Meek Mill made a quick run to the corner store in the City of Brotherly Love to buy a Hawaiian Punch. He sported a $1,195 Gucci Suede Front Jersey Varsity Bomber Jacket (previous wore here) which feature a brown suede front panel connected to navy cotton sleeves and back, two side pockets, press-stud fastenings, then ends with ribbed cuffs and hem. Are you feeling this jacket? Meek’s forthcoming mixtape, Dreamchaser 3 will be out soon.

Former reality star turned entrepreneuress Angela Simmons was spotted wearing a one piece black jumpsuit (which features knee pads) from her own clothing collection. The outfit was accessorized with a pair of $600 Olcay Gulsen Ankle Strap Pumps. A few days ago, Angela launched her new lifestyle website, AngelaIam. This fly chic has emerged as trendsetter on the fashion scene. Her mix of street wear, couture and high-end fashion gives her that trendsetting look that we all love. What are your thoughts on her outfit?

Pusha T Is Standing On Top Of The World In Balenciaga, Marcelo Burlon & En Noir

G.O.O.D. Music rapper Pusha T is standing on top of the world! He was photo’d sipping a glass of champagne on his balcony. He styled in a custom-made Marcelo Burlon Tee-Shirt which is a special edition County of Milan Tee-Shirt done in collaboration with the rapper and the Argentinian designer. The shirt taps into the 2013 Year of the Snake theme with a striking visual. Pusha’s name is featured on the back. Stay tuned to YDBR for its availability. Pusha completed his outfit with black leather En Noir sweatpants and $595 Balenciaga Violet Monochromes High Sneakers which are from the upscale fashion house Spring/Summer 2013 Collection. These limited edition sneakers are available to be purchased on the brand’s site. They feature a mix of suede, fine grain leather and ribbed nappa leather and a tone-on-tone rubber sole (I actually brought a pair of these sneakers last week from the Balenciaga store on Wooster Street in the Soho section of Manhattan). Fellas, would you wear Pusha’s outfit and ladies, are you feeling it?

Comments Off on Pusha T Is Standing On Top Of The World In Balenciaga, Marcelo Burlon & En Noir