Happy Wednesday! For this sunny NYC afternoon, today’s look of the day is a $494 Versace Multi Print Tee-Shirt and $440 Laer Drawstring Short. This multi-colored shirt features a stylish floral & geometric print and a straight cut hemline. Get this shirt at Farfetch. These leather shorts feature an elastic wasitband, adjustable drawstring, and two zipper pockets. You can also get them at Farfetch. Fellas, would you wear this outfit?

Model Jourdan Dunn recently Instagram’d a pic of herself wearing $640 Gucci Coda Neon Yellow Leather Sneakers paired with black leather shorts and a tank top. If I am not mistaking, Gucci sent Dunn these sneakers as well as the pink and orange colorway. These sneakers feature an embossed Gucci signature on the heel and eyelets with Gucci logo. You can purchase them at Gucci. 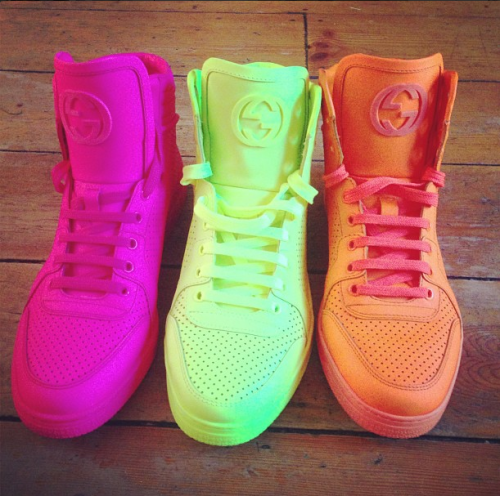 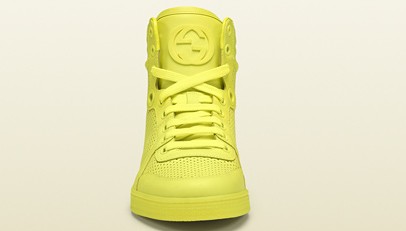 NBA player Iman Shumpert was photo’d with comedian Sinbad. This unique baller is the latest celeb to rock ‘The Consequences of War Jersey’ from Bad Bunch’s ‘NY Legends Never Die’ collection. Diggy Simmons, Teyana Taylor, Bow Wow and Nas were also spotted wearing this jersey which is available on the brand’s website for $100. This colorful jersey feature ‘New York‘ written in white on the front, ‘Bad NYC‘ is written in white on the back and the number ‘33‘ is also featured on the front/back. Shumpert also rocked a $150 Paislee Yee Dollar Pound gold logo cap. Are you feeling his fit?

Some Cool Kicks For The Summer By Maison Martin Margiela

Maison Martin Margiela Lace Up Trainers. These blue and grey leather trainers feature a round top, white lace-up fastening, stitch detailing and a thick sole. You can purchase them at Farfecth for now $361.

We’re just a few days away from summer! What better way is it than to start this season off with some dope sneakers? Fashion house Maison Martin Margiela released some cool kicks from their Summer 2013 collection. It doesn’t matter if you’re going to an industry event, concert, cookout, nightclub or if you just want to relax at the park or on the stoop, you can’t go wrong with a pair of these sneakers. Check the list below:

Maison Martin Margiela Blue Leather & Suede Sneakers. These low-top kicks in tones of blue features a tonal suede paneling throughout, round toe, lace-up closure, logo patch on the padded tongue and a beige crepe rubber sole with textured sole walls. Get them at SSENSE for $475 or Mr Porter.

Maison Martin Margiela Paneled Hi-Top Sneakers. These kicks feature a blue suede high-top, round toe, contrasting fabric geometric paneling, three leather velcro strap fastenings to the front, a padded panel at the opening and a contrasting rubber sole. You can get these sneakers at Far Fetch. 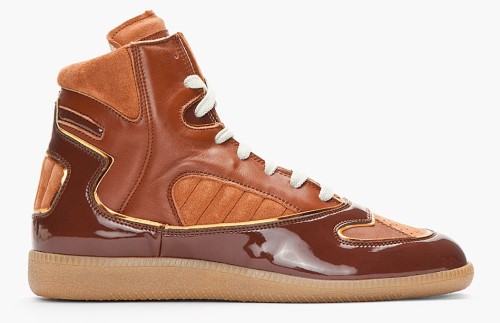 The dope music artist and fashion designer behind the mask. He’s not known for doing interviews and he dislikes paparazzi, but in a personal interview with NYT/respected journalist, Jon Caramanica, Kanye West opens up about his career, not caring about the Grammys, Taylor Swift’s incident, MBDTF being a dishonest album, compromising artistry, his relationship with Kim K, parenthood/fatherhood, vanity in fashion, not being taken serious as a fashion designer, respecting his trendsetting abilities, his legacy and much more.

All Kanye wants is the world to be better, positive, and dopeness. This interview was done in Malibu, California. Below are some highlights:

On the Grammys and MBDTF & WTT not being nominated for ‘Album of the Year’:

“[My Beautiful] Dark [Twisted] Fantasy” and “Watch the Throne”: neither was nominated for Album of the Year, and I made both of those in one year. I don’t know if this is statistically right, but I’m assuming I have the most Grammys of anyone my age, but I haven’t won one against a white person.

But the thing is, I don’t care about the Grammys; I just would like for the statistics to be more accurate.

On Taylor Swifts incidents at MTV’s VMAs & having no regrets:

I don’t have one regret. If anyone’s reading this waiting for some type of full-on, flat apology for anything, they should just stop reading right now. Yeah, I think that I have like, faltered, you know, as a human. My message isn’t perfectly defined. I have, as a human being, fallen to peer pressure.

On if MBDTF was a “dishonest album in some way and compromising artistry:

I don’t want to come off dissing “Dark Fantasy.” It’s me never being satisfied and then me coming and admitting and saying the truth. As much as I can air things out for other people, to air things out for myself, to say, “I feel like this could’ve been stronger.”

On the moment he realized that he would be a star and holding onto the last moments of anonymity:

Yeah, I held on to the last moments of it. I knew when I wrote the line “light-skinned friend look like Michael Jackson” [from the song “Slow Jamz”] I was going to be a big star. At the time, they used to have the Virgin music [stores], and I would go there and just go up the escalator and say to myself, “I’m soaking in these last moments of anonymity.” I knew I was going to make it this far; I knew that this was going to happen.

Taken from the NYT/Jon Caramanica

END_OF_DOCUMENT_TOKEN_TO_BE_REPLACED

Comments Off on Kanye West Opens Up & Gets Personal About His Career, Love Life, Trendsetting Abilities & More With New York Times

THICKER THAN A SNICKER: Angela Simmons Shows Her Sexy Bikini Body On The Beaches In Anguilla

This fly chic loves flaunting her goodies! When she’s not inking 6-figures endorsement deals, sitting front row at fashion shows or hosting TV shows, Angela Simmons is vacationing around the world. This time around, the entrepreneuress flaunts her sexy body in a pink bikini and yellow bathing-suit on the beaches in Anguilla. Angela’s body is amazing! I like and respect Angela a lot because she is a positive role-model for young Black girls. We never hear anything negative about her. Nothing was handed to her; Angela worked hard to get to where she is. She definitely capitalized off Run ‘s House and she also does a great job branding herself. 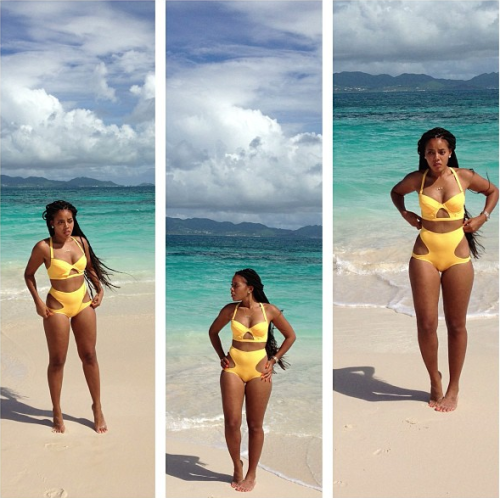 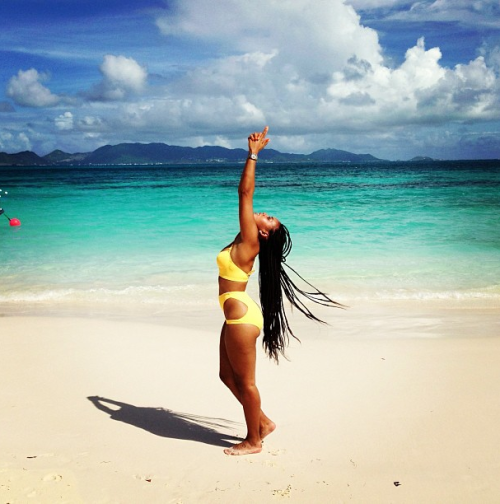 Comments Off on THICKER THAN A SNICKER: Angela Simmons Shows Her Sexy Bikini Body On The Beaches In Anguilla

Tagged as angela simmons, THICKER THAN A SNICKER: Angela Simmons Shows Her Sexy Bikini Body On The Beaches In Anguilla