In his latest Blog series, up & coming emcee @DollahThaRapper enlists his Top 5 favorite New York rappers. He reflects on his past, passion for rapping and how Nas, Big L, Biggie Smalls, Jadakiss and Fabolous inspired him as an artist. His debut mixtape,  B.A.D. (Bout A Dollah) arrives this Friday (June 21) via Billion Dollah Nation Entertainment and YoDonBleekRaps Management. Check out DollahThaRapper’s “Keep Up” visual  here and his B.A.D. (Bout A Dollah) promo shoot here!

Big L– In my opinion, he’s the best and most lyrical rapper to come out of Harlem. What I like best about Big L is that he was one of the first rappers of my kind to contribute to the underground Hip Hop scene. If I’m not mistaking, his label, Flamboyant Entertainment was one of the first independent Hip-Hop labels in Harlem. His 1998’s street anthem “Ebonics” is the song that made me gravitate toward his music. I was just seven-year-old when Big L was murdered in 1999 but his music is what keeps his name and legacy alive.

Biggie Smalls– The name speaks for itself! He brought the East coast back. Ready To Die and Life After Death are two of the greatest Top 10 Hip Hop albums ever. He took his life and put it in songs. Biggie’s music represented the grimy New York streets in the 90’s. He also took his friends from Brooklyn and put them on. He made sure that their music and voices were heard. If it wasn’t for Biggie, 90% of these rappers wouldn’t be here today. 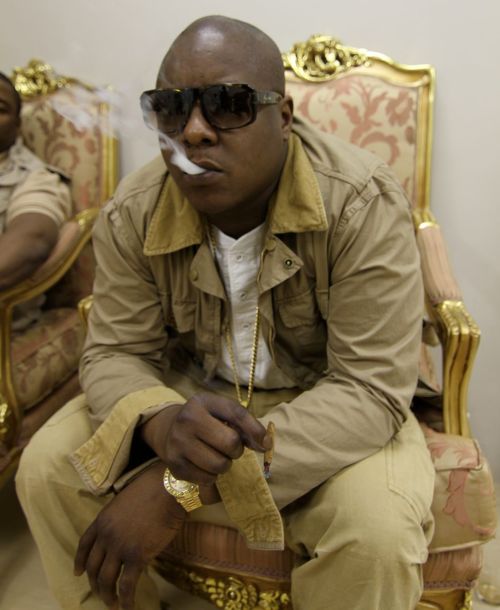 Jadakiss– Is it safe to say that Jada is the most underrated rapper? I don’t think people give Jada the credit that he deserves. He will always have the streets with him but as far as mainstream Hip-Hop, he was never able to fully crossover. Growing up in the Bronx, New York, I was inspired by Jada’s music because we been through similar situations and his music spoke for the youth in the projects who were going through the struggle. Jada was also a beast on the mixtape circuit in the early/mid 2000’s.

Fabolous– He is also another rapper that doesn’t get enough credit. Fab is supposed to be where Rick Ross and Lil Wayne are. He’d been holding down New York all by himself for over 12-years. His 2001’s debut, Ghetto Fabolous opened back up the doors for New York Hip-Hop with his gangsta lyrics, street-wear fashion, and flashy style. 12 years later, Fab is still relevant without a Jay-Z, Diddy, Birdman, Dr. Dre or 50 Cent. I am not trying to compare myself to Fab but I do see a lot of me in him from my music and style.

I am (Don Bleek) representing DollahThaRapper in all fields of entertainment; including management, branding, marketing, licensing and endorsement. To book DollahThaRapper for collaborations, event appearances, interviews or general questions, please send all inquiries to yodonbleekraps@gmail.com.

When Did She Wear It Better? Toya Wright In Givenchy Embossed Rubber Grommet Sandals

Reality star-turned-entrepreneuress Toya Wright wore a pair of   now $169 Givenchy Embossed Rubber Grommet Sandals on two different occasions. In the photo above, she paired her sandals with a white tank-top and floral print pants. In the pic below, Toya wore a $64 Topshop Printed Sleeveless Bodycon dress layered under a denim shirt. Get Toya’s dress at Topshop. These snakeskin-embossed rubber open toe sandals feature a woven vamp and grommet details, wraparound adjustable ankle strap and tonal buckle. You can get these sandals at Barneys or Bergdorf Goodman. 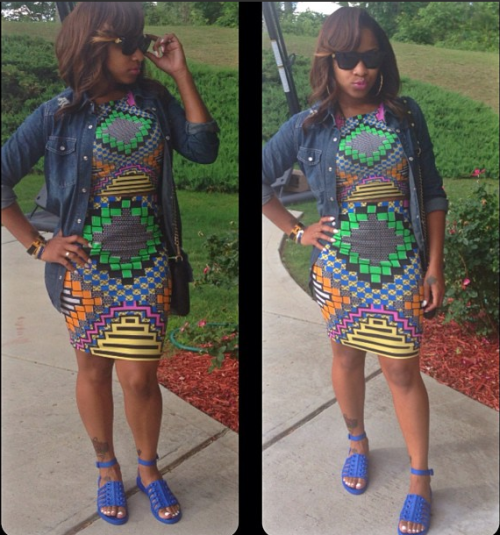 Tagged as Givenchy, Toya Wright, When Did She Wear It Better? Toya Wright In Givenchy Embossed Rubber Grommet Sandals

I am so excited to announced that Dirty Jerz-native/New York Giant baller Victor Cruz made Refinery 29 second annual ‘30 Under 30‘ list. In his exclusive interview, Cruz talked to journalists Annie Georgia Greenberg and Carlye Wisel about his current life & career, working on his clothing line, the best professional lesson he ever learned, being Jaden Smith for a day and much more. For his shoot, Cruz styled in two different ensembles. In the photo above, he looked all dapper in a Calvin Klein pink suit jacket, Calvin Klein pink suit trousers, and a now $143 Patrik Ervell Button down shirt. You can get this shirt at Farfetch. In the pic below, he wore a white now $255 A.P.C. sweater, white pants by Isaia and white $545 Balenciaga Arena sneakers. You can also get the sweater at Farfecth and the sneakers at Barneys. Below are some highlights:

What are you doing with your life and career right now?
“I’m just taking it one day at a time and trying to build something that can live as long as a lifetime as far as my brand and my family are concerned. I just want to take my career one year at a time. You only get a certain window to be a professional athlete, so I want to take it one game at a time. Working on my clothing line, I just wanted to have clothes for my friends and family, but it’s grown. People love the brand, and by the time the season ends, it will be something much bigger.”

What’s the best professional lesson you ever learned?
“It’s ‘always be prepared for anything’ no matter what it is. In this league, in this life, you always have to be in good health; you always need to be prepared when your name is called. Michael Strahan taught me that. At the time, I was a nobody — I was a rookie — I hadn’t proven anything. And for him to recognize me and see my potential, it really stuck with me, and I carry it around every single day.”

If you could switch lives with anyone under 30, who would it be?
“It’s funny, I wanted to be an actor. I wouldn’t mind being Jaden Smith for a day. He just looks like he’s always having fun, living his life, being with his dad, doing movies. He would be a good person to be.”

When you were a kid, what did you think you’d be doing at this age?
“When I was a kid, I always dreamed of being an athlete, but I thought I’d be a teacher in my community that I grew up in, advising kids to go to college, what it takes to go to college, what it takes to be an athlete and a student, too. I wanted to give kids guidelines on how to get there and what to do, time management, etc.” 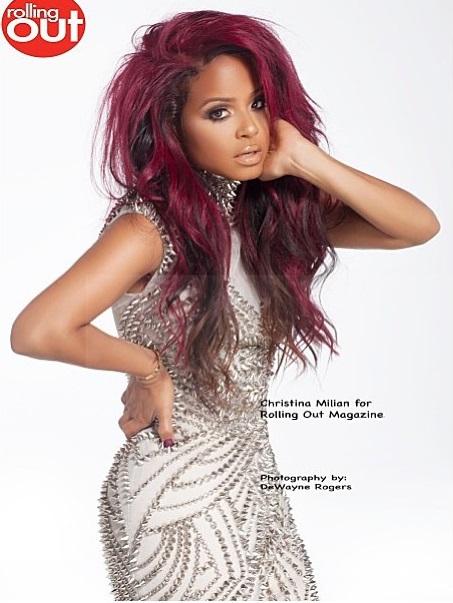 Singer, actress and TV personality Christina Milian dyed her hair red for Rolling Out magazine’s upcoming issue. For the shoot, The Dream’s baby mom-turned-Jas Prince girlfriend was styled by celebrity stylist Olori Swank and shot by famed photographer DeWayne Rogers. In the photos, Milian posed in various looks including floor length gowns and body-hugging dresses. Expect the full shoot to arrive in the coming weeks. In the meantime, check out some more photos below: 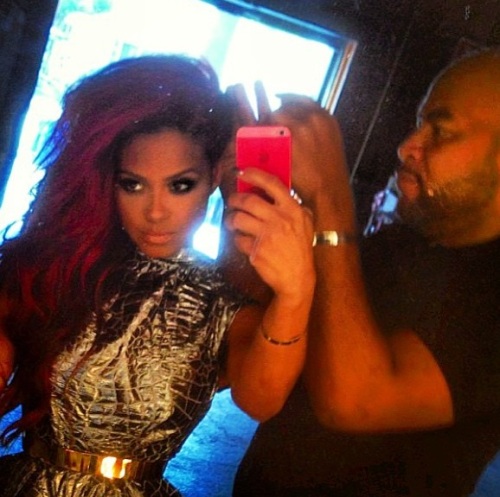 Comments Off on Sneak Peek: Christina Milian For Rolling Out Magazine; Styled By Olori Swank