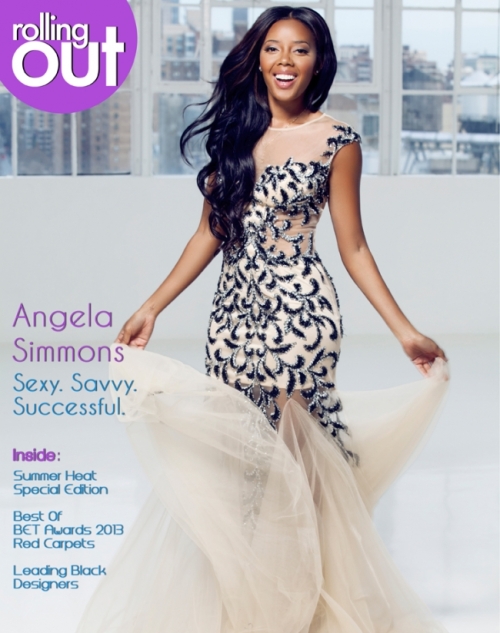 Last month, I reported that BET was in the process of announcing that Angela Simmons is the new co-host of 106 & Park. The executives at the network have been testing her for the last month or two. Apparently, everybody is happy with Angela’s media skills because today, the show’s host and consultant, Bow Wow officially welcomed the hard-working fly chic to the 106 & Park family.

To coincide with her new career move, Rolling Out magazine releases their latest issue and Angela Simmons graces the front cover. Styled by celebrity stylist Olori Swank, Angela poses in various ensembles including a floor length gown, skirt, dresses and a sweater. Now 25, Angela is embarking on her own journey of self-discovery, evolving as a business woman and building her brand. The young successful entrepreneuress, designer and philanthropist touches on various topics in her cover story from connecting more with her fans to  fashion and much more. Below are some highlights:

Angela will serve as 106 & Park‘s co-host ONLY for the remaining of the summer. This afternoon, BET released an official statement about Angela and the other three former co-hosts ( Paigon, Mykie and Shorty) who will not be returning. Read below:

“106 & Park is undergoing exciting changes.  Angela Simmons will continue to guest host until the end of the summer.  Bow Wow aka “Mr. 106 & Park” will continue as the lead host; Miss. Mykie, Paigion and Shorty Da Prince will no longer remain on the show.  BET Networks is happy to have worked with these bright, young stars and will continue to support them and their upcoming endeavors.”

Stay tuned to YDBR for the latest developments… 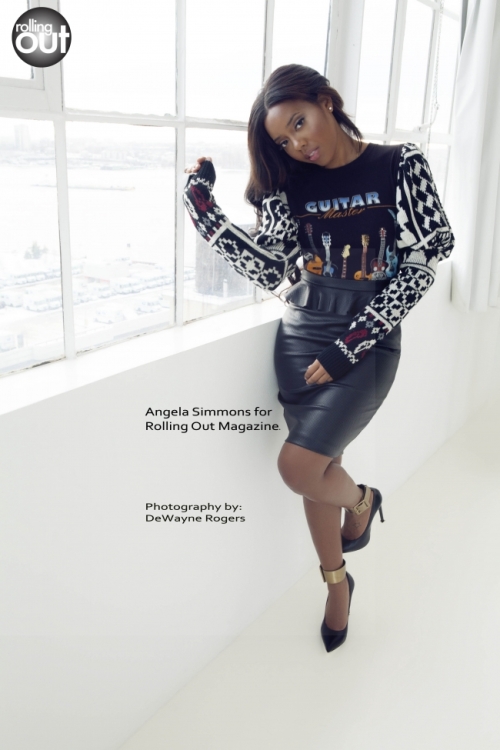 We checked out your website, AngelaIam.com and you seem to be really passionate about it. Tell us about it.

It’s basically a place for my fans and anyone that wants to keep up with me. It’s also a place that’s really about inspiring and helping young females. I have a beauty section, a fitness section, and an “Ask Angela” section; it goes on and on. It’s pretty much everything in my life all in one place. I’m really excited about it. When I launched it, it crashed [laughs]  … which is a good thing, because everyone ran there at the same time. I’m excited, because it’s my baby, and I’m really owning it.

You appear to be a very transparent person.

I’m pretty transparent. I think that we’re all transparent to a certain degree. I let them see as much as possible — especially young females who have so many questions for me. I’ve been through the same things that they’ve been through, and I’m just 25 now, so at least I can shorten their distance if they’ve got a problem going on.

You also launched a fashion line. Can you give us some details on that?

NEXT PAGE: MORE PICS AND HIGHLIGHTS 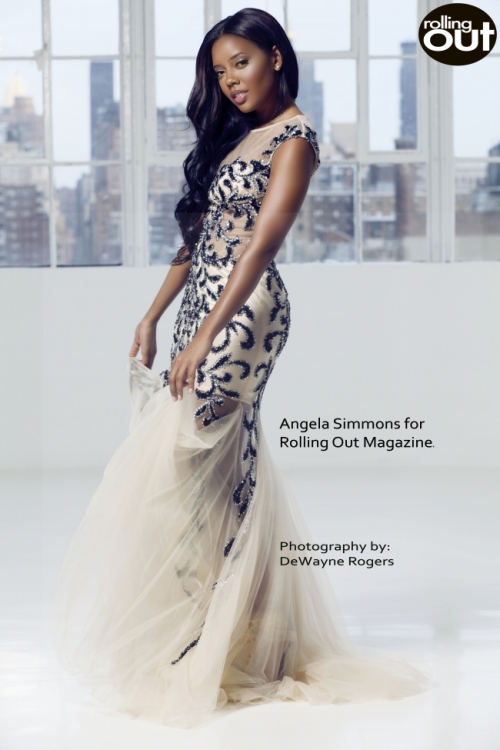 You’ve stepped out a bit more as an individual, and not just as a member of this powerful family. Was that a conscious decision?

There comes a point in your life where you just evolve, and that’s where I’m at right now. This is me. I’ve just grown into this person. I always get people asking me if it’s a lot of pressure being a role model, or is there a lot of pressure because I come from this family, or that my dad is a reverend … and you know what, it is, but at the same time, I am who I am. I’m not faking it.

Do some people judge you through a small prism because of your dad. 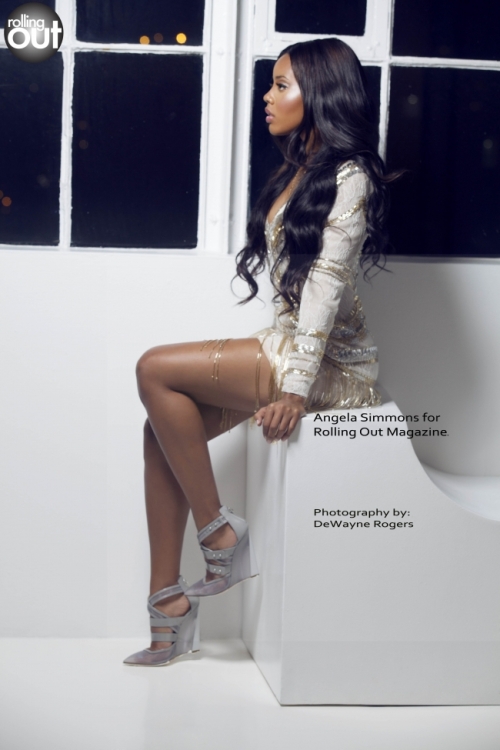 Well I think with religion, people are just judgmental off the bat. They feel like if you have a relationship with God and Jesus Christ, then you’re not allowed to have any fun. I think that’s just wrong when people judge others … especially when you’re not supposed to judge anyway. But I deal with it all the time. People will come up to me and say ”Oh you shouldn’t be wearing that skirt,” and I just say ”why not?” I’m not doing it distastefully, and I’m not being disrespectful. I have my relationship with God, so therefore I don’t feel like anyone should judge me. But it’s life, and people are going to judge. And there’s so much controversy surrounding religion, so I just eat it. At this point, it is what it is, but I know who I am … and God knows my heart, so I don’t take it any further. 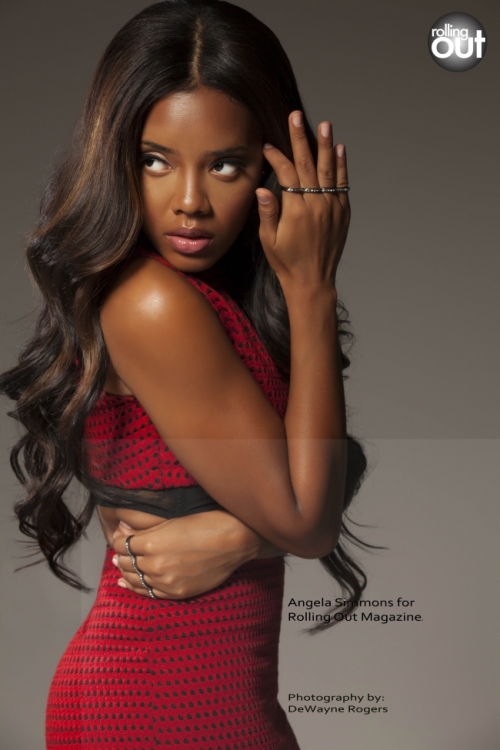 What is it that you struggle with?

I don’t know. For me, I lean on God for everything. I have an amazing family, and I have God, so those are my backbones. So if I’m having any trouble, that’s where I go, or I simply sit down and write in my diary. But I always end up going back to God and to my family. 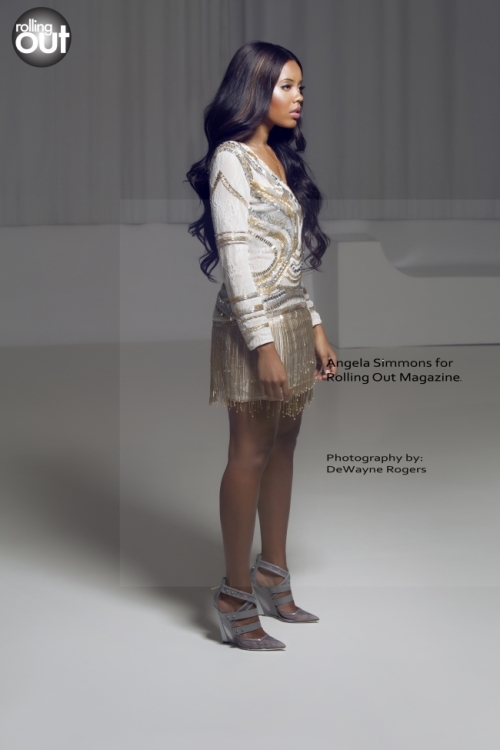 Read the full interview over at Rolling Out

Tagged as angela simmons, Just Like I Reported Angela Simmons Is 106 & Park's New Host & She Covers Rolling Out Magazine, rolling out