Foxy Brown Posted Up In Brooklyn In Her Maserati, New Deal With Rostrum Records In The Works 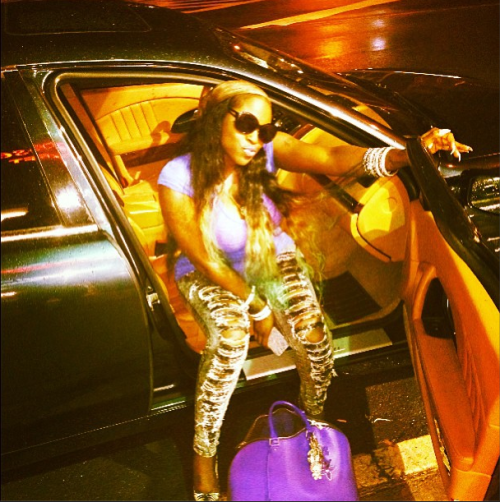 No need to speak on the false stories that those other blogs are reporting about Foxy Brown. Understand that Foxy is still spending “Touch Me Tease Me” money from 1996. Foxy is far from broke! She owns a Brownstone in Brooklyn and some condos in New Jersey. At one point she also had her own fur coat line. Last night Monday (July 29), Bad Gyal Fox was spotted in Brooklyn on Flatbush & St. Marks, posted up in her Maserati.

Foxy took a few meetings with Rostrum Records‘ Vice President Arthur Pitt. A new deal is in the works; Pitt is in the process of negotiating a contract with Fox. He told her, “Fox sign the dotted sign“.

Rostrum Records is an independent record label which was founded in Pittsburgh, PA in 2003 by Benjy Grinberg. Wiz Khalifa and Mac Miller are currently signed to the multi-platinum selling label. To date, Rostrum has sold over nine-million singles and 900,000 albums with Wiz Khalifa along via their deal with Atlantic Records. 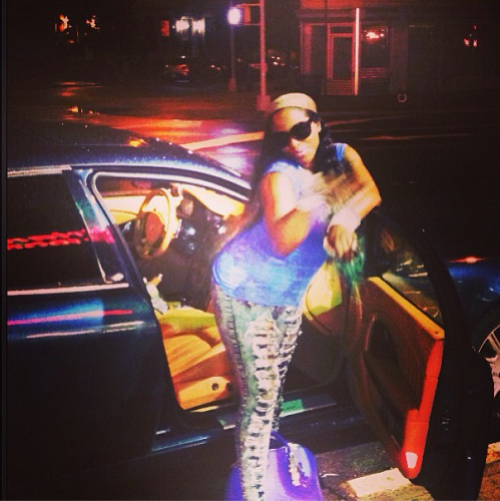 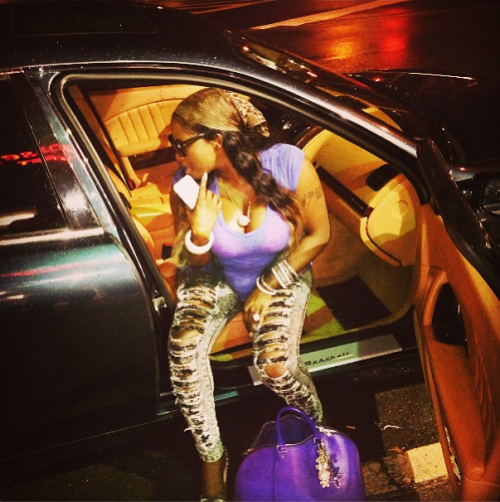 Tagged as Foxy Brown Posted In Brooklyn In Her Maserati; New Deal With Rostrum Records In The Works

2 responses to “Foxy Brown Posted Up In Brooklyn In Her Maserati, New Deal With Rostrum Records In The Works”