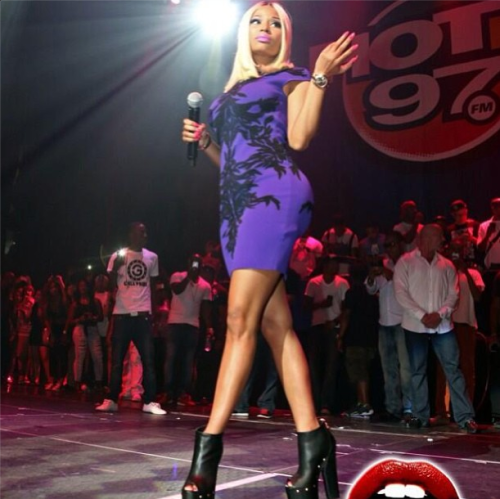 During this weekend, YMCMB’s multi-platinum selling recording artist Nicki Minaj performed with Mavado at Hot 97’s Reggae Show. For her performance, Minaj paired a $988 Alexander McQueen Spine Lace Jacquard Bodycon Dress with $1,350 Giuseppe Zanotti Open-Toe Ankle Booties. These open-toe booties feature gold studs on the sides and a zipper pull with talon pendant and gold zips in the back. This bodycon dress features a knitted with a dramatic print for figure-flattering allure. You can get it at Matches Fashion. What is your verdict on Minaj’s outfit? 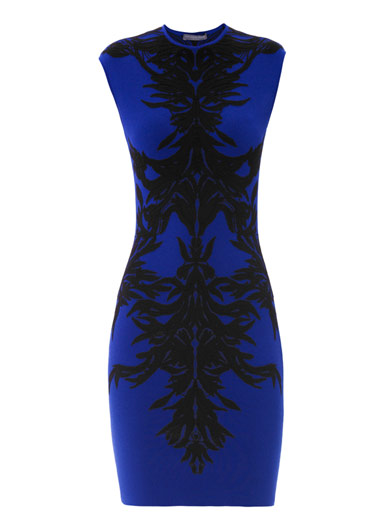 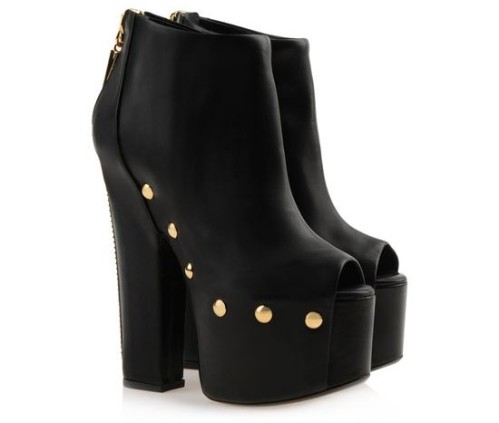 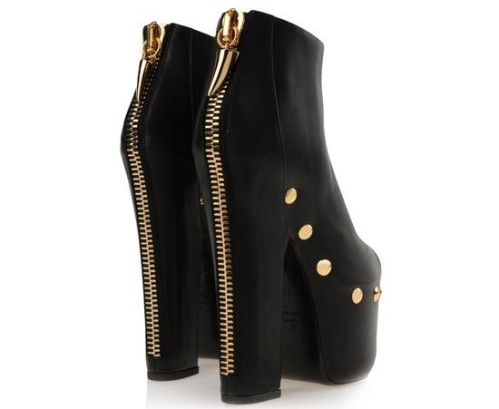 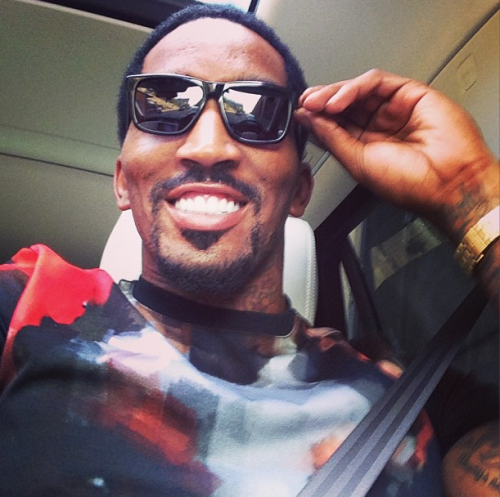 NBA player J.R. Smith of the New York Knicks Instagram’d a photo and video of himself wearing some dark sunglasses and an $835 Givenchy Doberman Graphic Short Sleeve Tee-Shirt. This graphic tee is one of the brand’s newest Doberman designs. It also features a multi-color pint on the front and sleeves. I love animal printed clothing and designs. This tee is very creative! Buy it at Barneys, Luisaviaroma or Farfetch.

Are you feeling this tee-shirt? 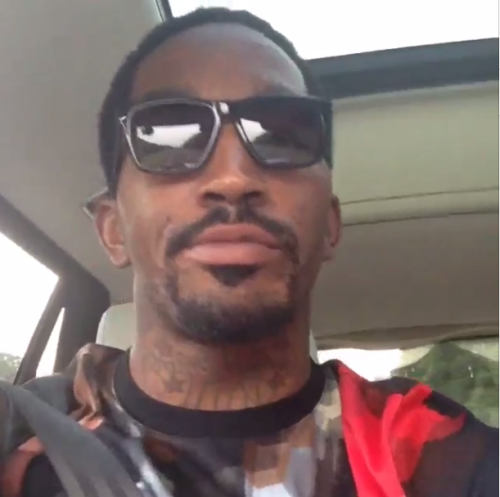 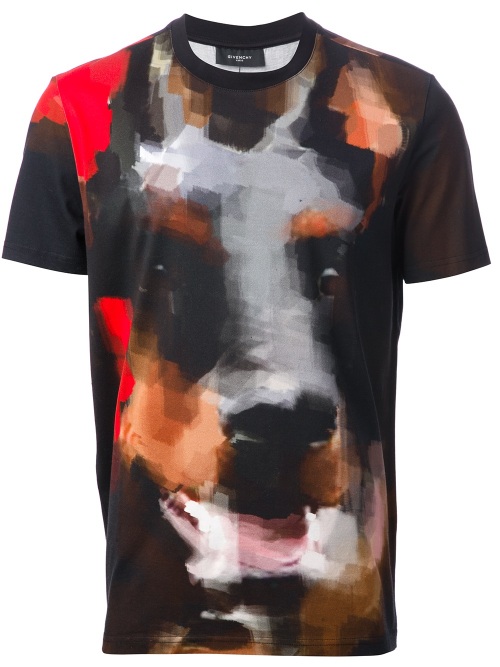 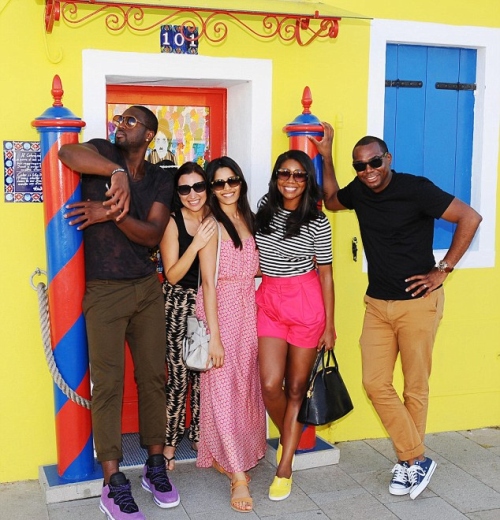 The Being Mary Jane actress and Miami Heat baller continues their Italian adventures. They were spotted out on the town with Slumdog Millionaire star Freida Pinto. They went sightseeing and walked around the gondolas and waters. Gabby and Wade looks so happy together! 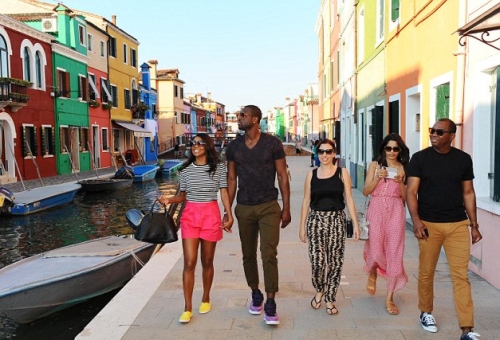 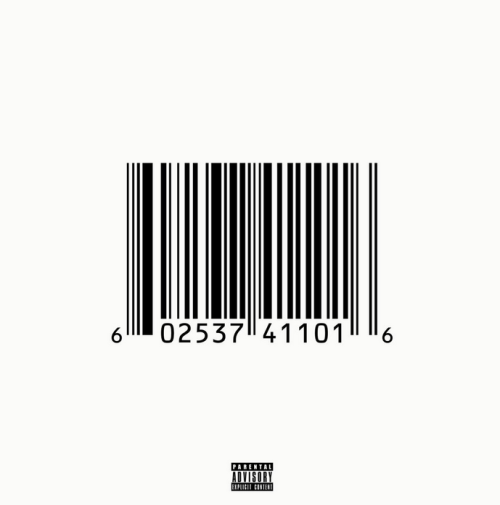 Yesterday Friday (August 30), music artist and G.O.O.D. Music’s CEO Kanye West took to his Twitter account and unveiled the cover arts for Pusha T’s debut, My Name Is My Name. The project arrives October 8. The double covers were designed by Kanye’s creative company DONDA. The first cover features a bar code, while the second shows a dark/all-black image of Pusha T with his head tilted back. On My Name Is My Name, Pusha gets assists from Kanye West, Chris Brown, Future, Rick Ross and Kendrick Lamar.

What do you think of the two covers? 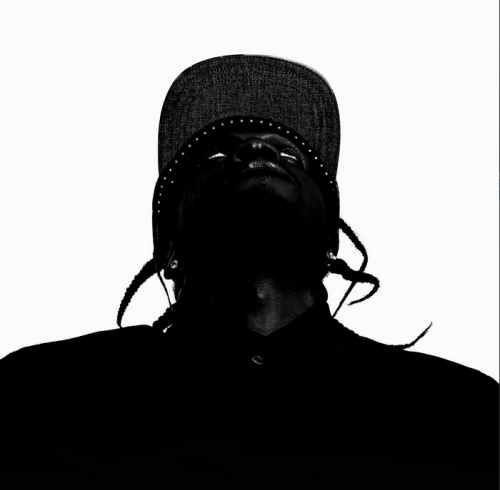 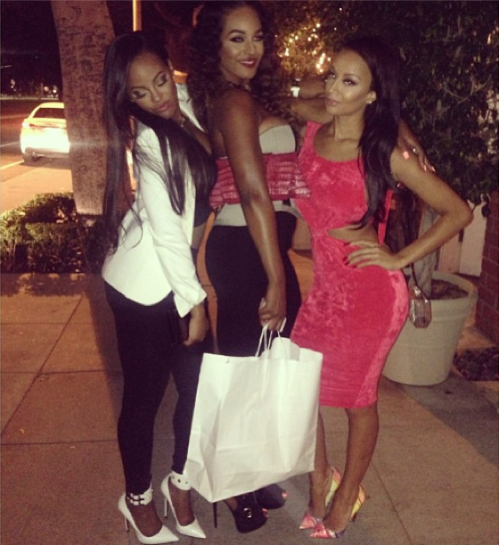 Last night Friday (August 30), Draya Michele enjoyed a night out on the town and dined with her girlfriends Malaysia Pargo and Brandi Maxiell. Were they filming for the new season of BBWLA? For the occasion, Draya opted for a custom-made Golden Hanger dress matched with Christian Louboutin multi-color pumps. She looked good in this dress and I like her choice of shoes. These multi-color Louboutin pumps added some bright flavor to the outfit.

In related Draya news, the Basketball Wives: Los Angeles breakout reality star is the face of Jay-Z’s  Roca Wear’s Fall 2013 campaign. She did a photo shoot for the brand in NYC a few weeks ago. In the photos, Draya wore some sexy tee-shirts with high heels and a tomboyish inspired look in a sweatsuit, oversized buttoned down shirts and a baseball cap. Expect the official images to be release in the coming weeks and look out for some billboards in Times Square. See the BTS pics and original post here.

Who Wore It Better? Wiz Khalifa & Big Sean In $365 Kokon To Zai One Piece Church Printed Shorts With Trousers 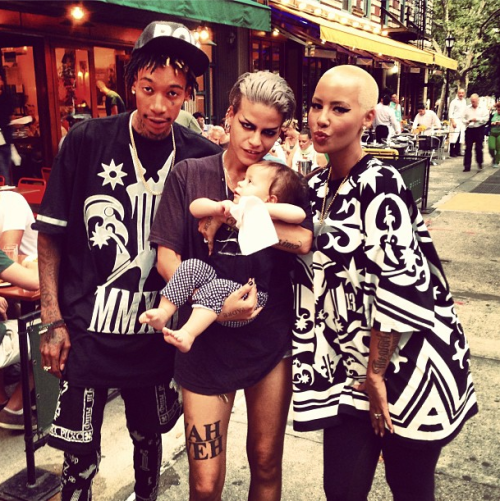 Newly married couple Wiz Khalifa and Amber Rose is in NYC. The twosome stopped by ‘The Angie Martinez Show‘ on Hot 97 for a sit down interview with the veteran disc jockey. Wiz also stopped by Sway in the Morning and performed “Look What I Got On“. Speaking of look what I got on, Wiz and Amber was also photo’d with model Omahyra Mota and they both wore shirts from Kokon to Zai’s Fall 2013 collection. Wiz completed his ensemble by adding a pair of $365 Kokon to Zai One Piece Church Printed Shorts With Trousers. Rapper Big Sean also wore this one piece church printed shorts with trousers last summer while he was in Los Angeles. Sean topped off his outfit with a black tee-shirt and Adidas sneakers.

Tagged as Who Wore It Better? Wiz Khalifa & Big Sean In $365 Kokon To Zai One Piece Church Printed Shorts With Trousers 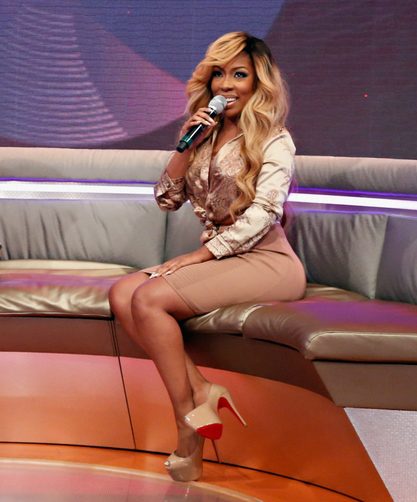 R&B singer and songwriter K. Michelle released her highly anticipated debut album Rebellious Soul two weeks ago and the project debuted high on the charts, selling 72,000 copies in its first week. It was good enough to land her the number one spot on the R&B charts and the number two spot on the Billboard Top 200.

In 2008, K. Michelle signed her first record deal with Jive Records. The following year, she was introduced to the urban music audience as the protégé of Grammy Award winning singer and songwriter R. Kelly.  After releasing her singles “Fakin It” featuring Missy Elliott,“ “I just Can’t Do This”  and “How Many Times,” people started comparing her to Mary J Blige and Keyshia Cole because their music is similar and represents the struggle that some young Black and Latino females in the inner cities experience.

In October 2011, Jive Records along with Arista and J Records, shut down and all their artists were moved to RCA Records. But K. Michelle was left without a music home. She had asked to be brought out of her Jive contract by RCA Records and her debut album, which was then entitled Pain Medicine, never saw the light of day.

K. Michelle refused to be counted out. She continued to promote her previous mixtapes, What’s The 901, For Colored Girls/Pre-Pain Medicine, and Signed, Sealed, & Delivered. In 2012, she joined the cast of Mona Scott Young’s Love & Hip Hop: Atlanta reality show. She used the show as a platform to rebuild her music career and brand. In that same year, she released a new mixtape, entitled 0 F’s Given. Reality television worked for K. Michelle. It actually helped her to sign a new deal with Warner Bros. Records, whose artists have all since been moved to Atlantic Records.

Earlier in the spring, K. Michelle released the album’s first single “V.S.O.P” which was followed by the album’s second single “I Don’t Like Me”. On the emotional track, the Memphis, Tennessee-bred exposes her insecurities, low self-esteem and sings about having sex with a man without being in a relationship with him. In my opinion, the top three standout tracks on the album are “My Life,” “Can’t Raise A Man” and “Pay My Bills”. On “My Life,” she sings about some of the issues in the inner cities including the large number of young males being murdered. On “Can’t Raise A Man,” she sings about being in a relationship with a man doesn’t means that the woman can change him because honestly, “a man is always going to do what he wants”. “Pay My Bills” is strictly for the grown and sexy. She sings about getting intimate with her partner. Rebellious Soul is a good album and worth the buy. 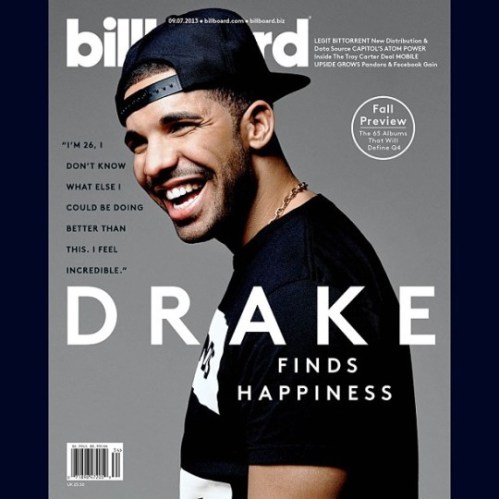 A few weeks before YMCMB/OVO’s Drake releases his upcoming LP, Nothing Was The Same on September 24th, the Canadian rapper covers the latest issue of Billboard magazine. The 26-year-old Grammy Award winning artist is very successful. He’s sold 4.5 million albums since his 2010 debut, Thank Me Later, according to Nielsen SoundScan, and has 10 No. 1s under his belt. He also topped Billboard’s Hot R&B/Hip-Hop Songs chart more than any other artist in history. Inside for the cover story, Drake replied to Kendrick Lamar’s “Control” verse, talked about making anthems that are empowering to people, wants to push the culture forward and much more. Below are some highlights:

On not thinking about what the new meme is going to be, making something for people to live by, and trying to make anthems that are empowering to people:

“I swear I’m not sitting around going, ‘What’s the new meme going to be?’ But I do spend a lot of time when I’m writing, especially lately, trying to make something for people to live by. I’m trying to make anthems that are empowering to people, to find phrases that I haven’t heard before. I’m not just going to sit here and be like, ‘Fuckin’ bitches, getting money!'”

“I didn’t really have anything to say about it,” Drake says of the verse, which has so far inspired responses from A$AP Rocky, Joey Bada$$, former Los Angeles Lakers coach Phil Jackson and too many others to count. “It just sounded like an ambitious thought to me. That’s all it was. I know good and well that Kendrick’s not murdering me, at all, in any platform. So when that day presents itself, I guess we can revisit the topic.”

Last year, Drake and OVO partners Oliver El-Khatib, Drake’s co-manager, and Noah “40” Shebib, his longtime producer/engineer/confidante, took a logical next step when they signed a deal to launch OVO Sound, a new label set up at Warner Bros. Records.

“We had talked about a label for years, but now is the time when it feels right,” says El-Khatib, 29. “We’re mature enough and we understand the business enough and we have the infrastructure now. It’s not so scary anymore.”

On wanting to push the culture forward:

“The goal is to continue to push the culture forward and form a team that can really contribute some great music to the world,” Drake says of OVO. “My ears are definitely out. I’m looking to hear the next wave.”

On being signed to another artist and what he looks for in an artist:

“Being an artist that’s signed to another artist, I understand how much of a representation I am of that artist,” he says. “So I want to be extremely selective. I want artists who are, first and foremost, genuinely good people who are good to be around, and second, who have pure talent and will make me look smart for signing them [laughs].”

Read the full interview over at Billboard.

This past Tuesday (August 27), singer and model Cassie celebrated her birthday party at Los Angeles’ Supper Club. Before partying at the popular LA hotspot, she had a birthday dinner at Nobu on 903 North La Cienega Boulevard. Cassie styled in an $845 Balenciaga Sphinx Tee and the matching $775 Balenciaga Sphinx Skirt. This short sleeve silk crewneck tee-shirt features sphinx print and an eyelet button closure on the back. You can purchase the shirt at Barneys. The mini skirt also features sphix print with rib knit elastic waist, and slip pockets. It’s available at Barneys. Lala Anthony last wore this outfit here. She’s so pretty! I like Cassie a lot because she reminds me of that “around the way girl” that you can kick it and chill with.

Wilmont A. Releases “The illustration” With Ockyimill 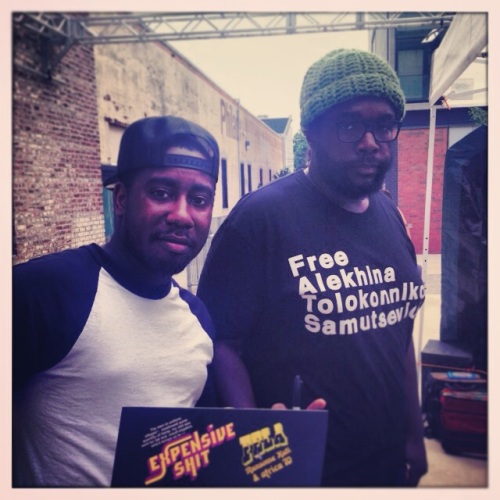 Rising Delaware music producer Wilmont A. releases a collaborative EP, entitled The illustration with  Ockyimill. On the 9-track Hip-Hop project, the duo tells a visionary story and takes the listeners on an overseas adventure. On the track, “Piazza De Florance,” they rhymed about being in all black Maybach and living the life overseas. “The Burning House” tells a story about hating the house they grew up in because of the bad vibes and not having a father at home. On “New Rules” they rap about not rewriting lyrics, instead rewriting history and changing the rules in the game. Overall, the project is good and worth a listen.

On more info visit their Twitter pages: @iamwilmont and @Ocky_IMILLL

Tagged as Wilmont A. Releases "The illustration" With Ockyimill