In the past, Yandy Smith was named one of Billboard magazine’s ‘Top 30 Executive under 30‘. She worked alongside some of the biggest music artists including 50 Cent, Missy Elliott, LL Cool J, Busta Rhymes and others. She also spearheaded several projects in the music, TV and film world.

Yandy was the woman behind rapper Jim Jones‘ career. While managing Jim, Yandy became a consultant at Warner Music Group/Atlantic Records and was responsible for closing a joint venture deal for Jones with Columbia Records.

Yandy will return to VH1 on Monday October 28 for Season 4 of Love & Hip Hop: New York. Are you tuning in? See the official cast members here!

NEXT PAGE: MORE PICS OF YANDY AT THIS EVENT 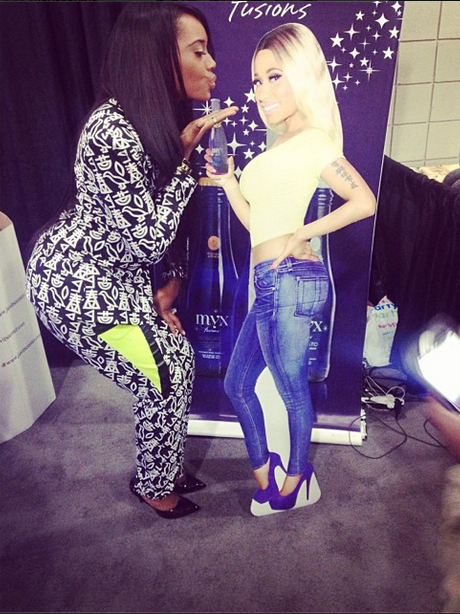