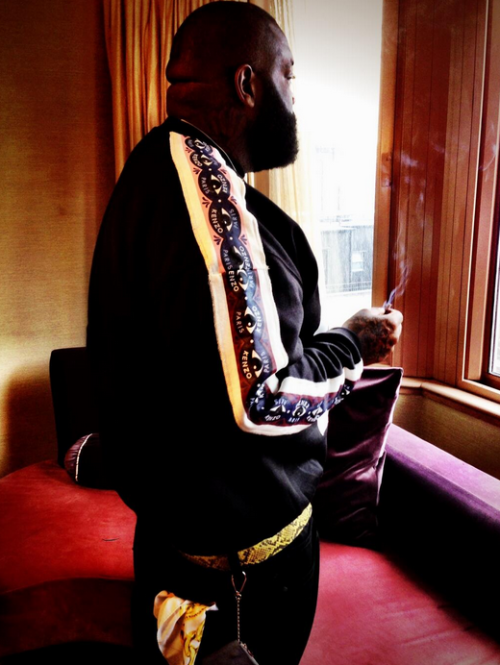 Miami’s rapper Rick Ross uploaded a few photos of himself to his Twitter account and the flashy rapper rocked a custom-made sweater from Paris-based brand Kenzo. He also wore black jeans. His outfit was accessorized with a Hermes belt.

Ross is currently on his ‘Mastermind‘ tour. Today Saturday (November 16), the tour will make its way to the MGM Grand Theater at Foxwoods in Mashantucket, CT. The Def Jam rappers will release his forthcoming sixth studio LP, entitled Mastermind on December 17.

In a recent interview with Karen Civil’s Civil TV, Ross spoke about the background of the album saying, “In the last year I done seen some things, I done been through some things, so you’re going to feel that passion and that aggression and certain things getting addressed in the records. I think the streets are really going to love this.” He was also in the studio with Bobby Womack, who is rumored to be featured on the album. 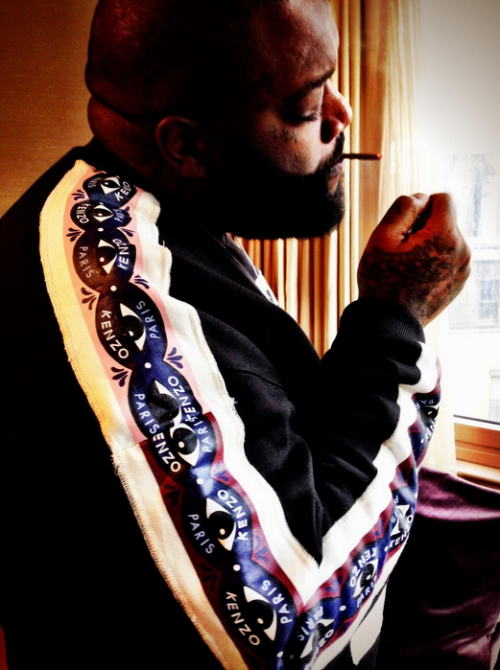