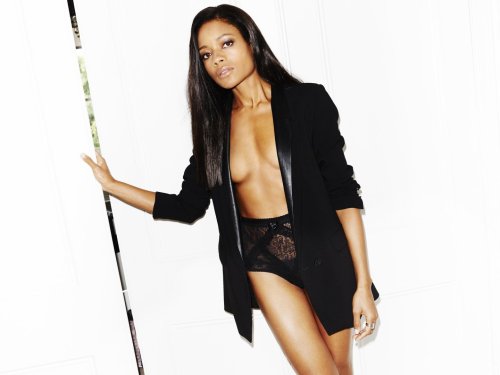 British actress Naomie Harris is showing a lot of skin in a sexy lingerie for Esquire magazine’s January 2014 issue.

For the shoot, Harris was shot by Andrew Woffinden, while Stephanie Wilson handled styling duties. She posed in a sheer lingerie and heels. At 37-year-old, Harris still has sex appeal.

Inside, she talked about playing Winnie Mandela in Mandela: Long Walk To Freedom.

“You really feel the weight of responsibility”

“I think it’s almost easier to understand Winnie than Nelson, because he does something that is so against human instinct”

You can read the full interview over at Esquire.

END_OF_DOCUMENT_TOKEN_TO_BE_REPLACED 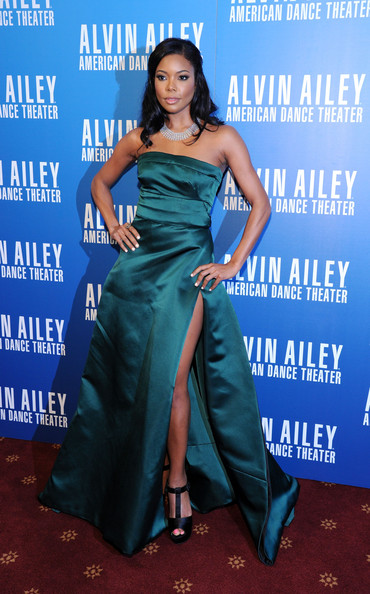 Successful and well-respected actress Gabrielle Union attended the Alvin Ailey Gala in NYC. For the occasion, she looked stunning on the red carpet in an emerald-green floor length gown from Prada paired with black sandals from the brand. Gabby, definitely stepped out in style. Her ensemble was accessorized with a diamond necklace and studs from Rafaello & Co.

The Being Mary Jane star posed it up with BET’s Debra Lee and model Joan Small. Gabby is drop dead gorgeous!

NEXT PAGE: MORE PICS OF GABBY AT THE ALVIN AILEY OPENING NIGHT GALA

END_OF_DOCUMENT_TOKEN_TO_BE_REPLACED

One thing is for sure, comedian and actor Kevin Hart has an expensive taste. Styled by Ashley North, the Real Husbands of Hollywood star dressed in a now $1,186 3.1 Phillip Lim Leather Cardigan with Combo Front layered over a black tee-shirt with pants and $575 black Balenciaga Arena Gum Bottom sneakers which rapper Fabolous last wore here. Hart accessorized his ensemble by wearing a Ferragamo belt.

This 3.1 Phillip Lim cardigan features a mix of leathers, two-way front & zip side pockets and ribbed edges. The lambskin front takes on the look of its cable-knit wool backing. You can purchase it was Eastdane. 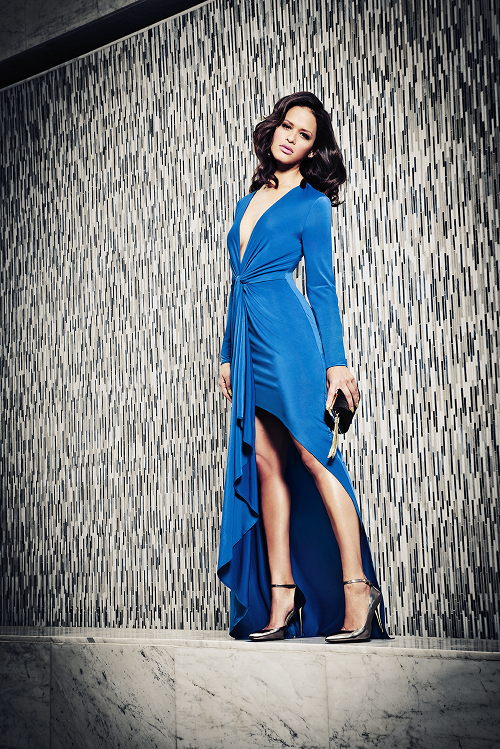 Last month, I posted the BTS images from Rocsi Diaz’s holiday campaign for Guess by Marciano. Today, I came across the official images. The Entertainment Tonight host and media personality modeled in various dresses, jackets, blazers, pants, tops and skirts from the brand for her ad campaign. The shoot took place at The London West Hollywood Hotel on Vicente Blvd in West Hollywood, CA.

She looked stunning! What are your thoughts on Rocsi’s holiday campaign for Guess by Marciano?

The former 106 & Park host has been doing great since leaving BET. She’s been doing major things on tv, in print, and covering industry events around the world. 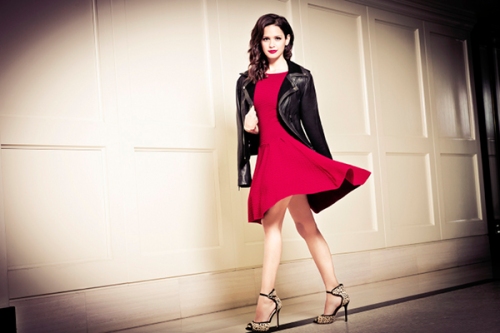 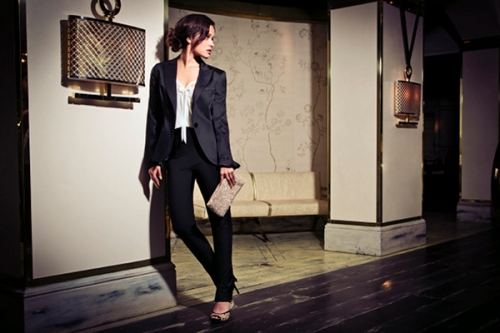 NEXT PAGE: MORE PICS OF ROCSI DIAZ FOR GUESS BY MARCIANO

END_OF_DOCUMENT_TOKEN_TO_BE_REPLACED

Comments Off on Holiday Campaign: Rocsi Diaz For Guess By Marciano [Official Imagery]

Lionsgate is releasing Tyler Perry’s A Madea Christmas on December 13th and YDBR is giving away a gift pack that will include a Madea Christmas fan, mini poster, collection of Madea DVDs from previous films and other promotional items. To enter the contest, please visit: http://tinyurl.com/MADEANYC.

Synopsis: Madea gets coaxed into helping a friend pay her daughter a surprise visit in the country for Christmas, but the biggest surprise is what they’ll find when they arrive. As the small, rural town prepares for its annual Christmas Jubilee, new secrets are revealed and old relationships are tested while Madea dishes her own brand of Christmas Spirit to all.

Watch the trailer below:

For more on info on Tyler Perry’s A Madea Christmas, visit the film’s official site here. 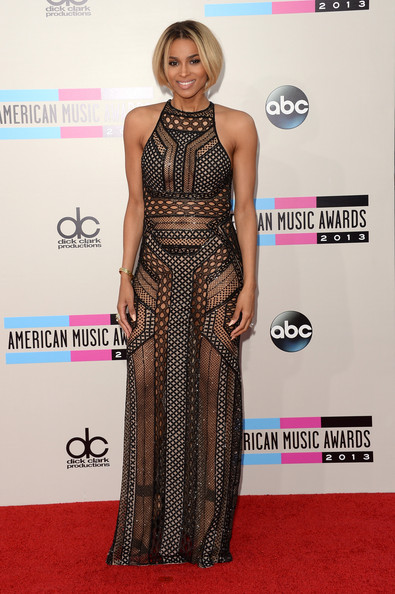 Some of the biggest stars in the music industry are in Los Angles for the 2013 American Music Awards. The event is currently airing live on ABC. Some of this year’s performers include TLC, Rihanna, R. Kelly, Justin Timberlake, Kendrick Lamar, Lady Gaga and more. Before the main event, a few of YDBR favorite celebs walked the red carpet in their cutest and best ensembles and posed for pictures. Check out the photos below: 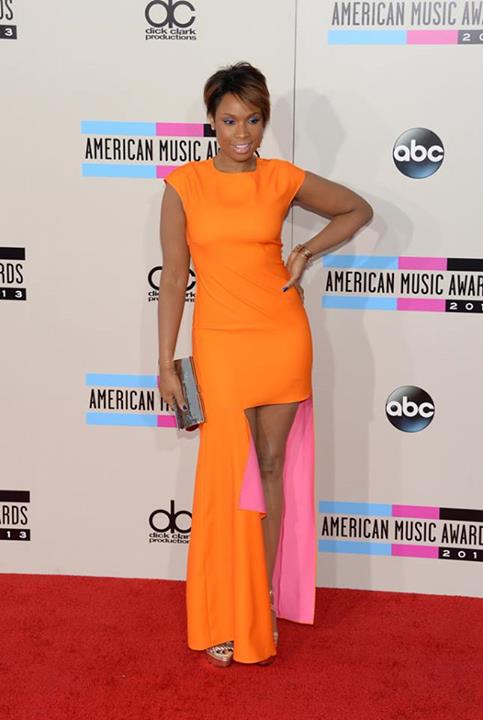 NEXT PAGE: MORE PICS OF YDBR FAVORITE CELEBS ON THE RED CARPET AT THE 2013 AMERICAN MUSIC AWARDS

END_OF_DOCUMENT_TOKEN_TO_BE_REPLACED

In the film, Harris will star as Winnie Mandela and Idris Elba will star as Nelson Mandela. “Mandela: Long Walk to Freedom is based on South African President Nelson Mandela’s autobiography of the same name, which chronicles his early life, coming of age, education and 27 years in prison before becoming President and working to rebuild the country’s once segregated society“.

For the movie premiere, Harris got glammed-up in a Valentino Blue & Red Long Sleeve Floor Length Gown from the fashion house’s  Spring 2014 collection. Her gown was accessorized with blue Christian Louboutin pumps and a black clutch. 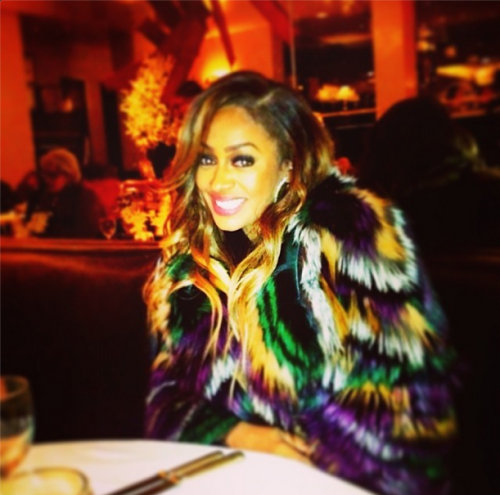 Media personality turned actress Lala Anthony has another reason to smile and celebrate. The Think Like A Man actress has joined the cast of Starz’s drama series Power. Andy Bean and Debbi Morgan were also just added to the series.

Lala will play as LaKeisha Grant, a childhood friend to Tasha St. Partick (Naturi Naughton) and her closest confidant who is kept in the dark on certain aspects of Tasha’s life out of necessity. Andy Bean plays Greg, Angela’s (Lela Loren) super-fit and over-protective boyfriend who is not what he seems. Debbi Morgan will play Estelle, Tasha’s mom.

According to Deadline.com, “The project tells the story of wealthy New York City nightclub owner James “Ghost” St. Patrick (Omari Hardwick), who wants to build an empire and turn the club into a Fortune 500 business, but there’s just one problem: He is living a double life. When he is not in the club, he is the kingpin of the most lucrative drug network in New York for a very high-level clientele“.

Congrats Lala! Keep rising to the top; we love and support you over at YDBR. 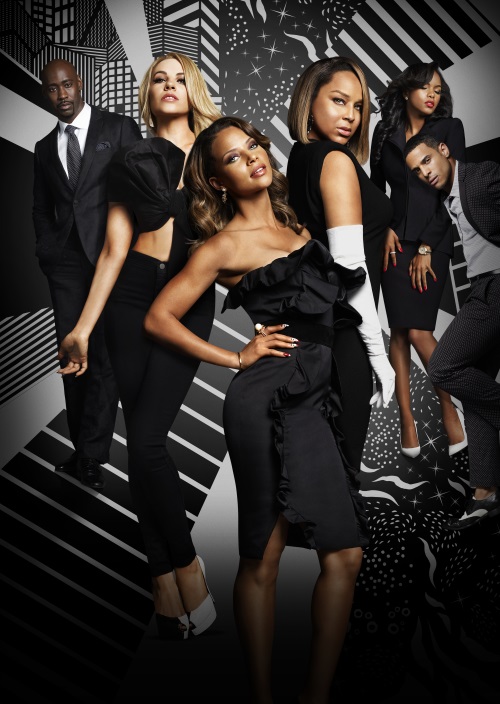 Season 3 of Single Ladies will premiere on Monday (January 6) at 9PM on VH1. The official promo pictures were just released and the cast members took some great shots. All of them looked nice in their promo pic.

See the promo pics below:

END_OF_DOCUMENT_TOKEN_TO_BE_REPLACED

The Best Man Holiday premieres in theaters next Friday November 15th. I already saw an advanced screening and the movie is great. We have to support Black Hollywood and help make the film go number one.

The Best Man Holiday is a Christmas comedy-drama film, when college friends reunite after 15 years over the Christmas holidays, they will discover just how easy it is for long-forgotten rivalries and romances to be ignited. The film was directed and written by Malcolm D. Lee and it is also a sequel to the 1999 film, The Best Man. The film stars Sanaa Lathan, Taye Diggs, Nia Long, Morris Chestnut, Regina Hall and Terrance Howard.

Michelle Williams in a floor length gown from from Michael Costello.

NEXT PAGE: MORE CELEBS AT THE BEST MAN HOLIDAY PREMIERE