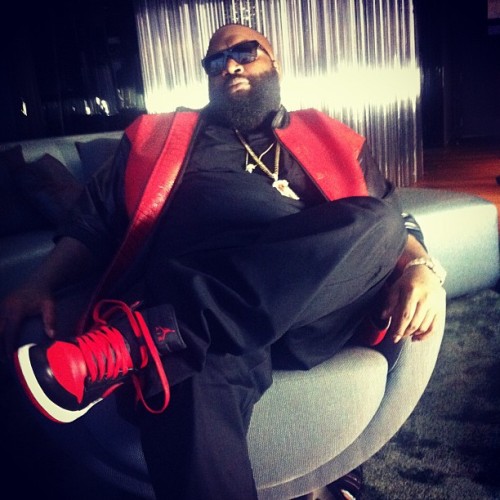 Miami’s rapper Rick Ross was spotted with Atlanta’s rapper Gucci Mane, filming the visual to “Ring Ring”  Ft. Future. The track is off Rozay’s latest mixtape Rich Forever. Ross was rocking a pair of Air Jordan 1 Black/Red sneakers. This shoe was originally released in March of 1985, and retailed for $64.99. These sneakers were also banned because according to Jordan, “They didn’t have any white in them”, and he was even fined $5,000 each time he stepped on the court in them. Now these sneakers can sell between $1,500 and $2,000. Ross was also wearing black denim jeans, tee-shirt and a red and black jacket. 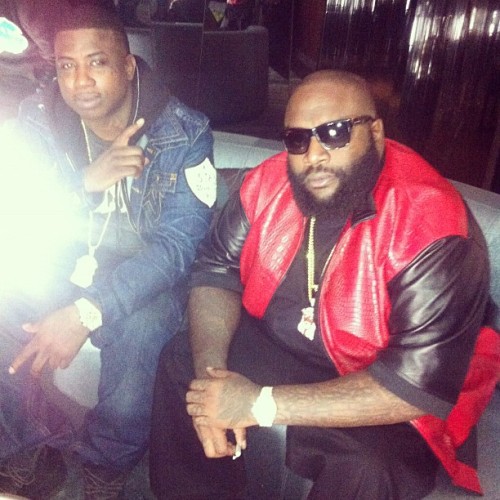