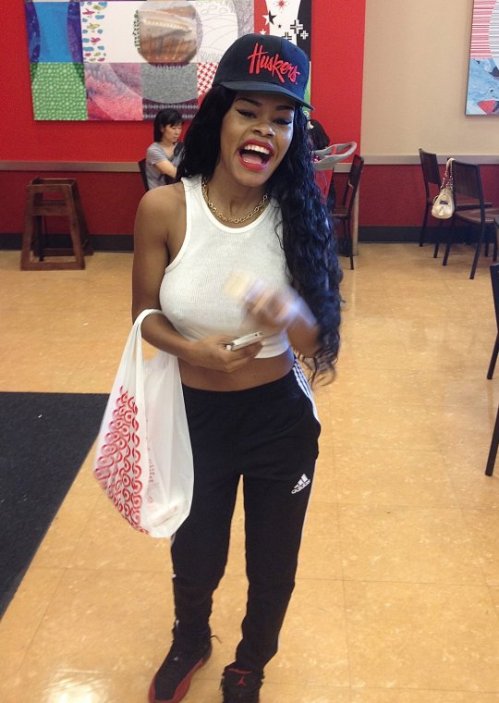 Are we ever going to get an album from Teyana Taylor? Honesty, I think she is very talented but I am tired of posting about her without having any music attached. The 21-year-old Harlem native who signed to Kanye West’s G.O.O.D. Music in the beginning of the year was spotted doing some shopping at Target in West Hollywood. She sported a casual look in a white-beater which showed her nipple ring, black Addias track pants and Air Jordan 21 “Red/Black”.