This past Wednesday (December 11), pop singer Rihanna was out and about in NYC. The Bajan beauty was draped in a full length fur coat when photogs caught her arriving to Da Silvano restaurant in Manhattan to celebrate her 13th Billboard #1 single, “Monster” with Eminem. The Def Jam singer is now tied with Michael Jackson who also has 13 Billboard #1 singles.

Riri wore a denim ensemble and black ankle boots with her fur coat. What’s your verdict on Riri’s look?

Comments Off on Rihanna Draped In A Full Length Fur Coat In NYC, Received Her 13th #1’Billboard’ Single 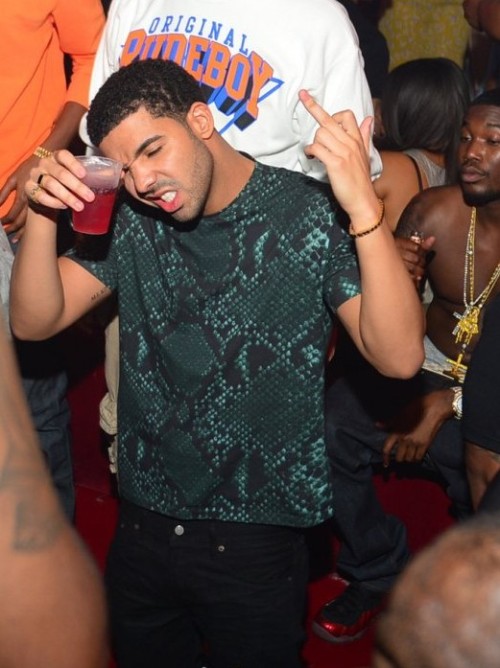 YMCMB’s multi platinum-selling rapper Drake is set to drop some new music real soon. Universal Music Group/Republic Records confirmed to Billboard that the Canadian rapper will drop his new single, “Started From The Bottom” off his forthcoming LP on Grammy night (February 10). Earlier in the month, I received some pictures of Drake on the set of “Started From the Bottom” which was shot by director Lil X.

Music mogul Birdman told Billboard that the Grammy night will be “the highlight of their life.”

Are you excited that Drake is about to release some new music?

And The Winner Is: Billboard Names Lil Wayne Top R&B/Rapper Of The Year

Weezy did it again. The multi platinum-selling recording artist was named the #1 R&B/Hip-Hop artist of 2011, by Billboard magazine. Weezy’s latest album Tha Carter IV debuted at #1, selling over 964,000 copes in the first week and two-million overall. Weezy also scored four #1 singles, along with 24 chart entries on the Hot R&B/Hip-Hop Songs chart during 2011 alone. If that’s not enough, Weezy’s “I Am Music 2” tour grossed over $46,000,000.View Billboard‘s full list here!

Tagged as And The Winner Is: Billboard Names Lil Wayne Top R&B/Rapper Of The Year, Billboard, Lil Wayne

He Had A Great Year: Wiz Khalifa Talks About Topping The Hot 100

This was the year that Billboard celebrated the 1000th No. 1 song on the Hot 100. As they look back on this year in music, They’re celebrating that milestone with a month-long series of videos — one for each day of December — chatting with 31 of the hitmakers who rocketed to the top of the chart since its inception in 1958.

Billboard: The Juice recently chatted with Wiz Khalifa about his No. 1 —  early  2011’s “Black and Yellow.” “Just to know that we can accomplish something like that with something that I made up in my head, feels great,” said Khalifa.

Wiz Khalifa’s single, which peaked at No. 1 on Feb. 19, came naturally to the rapper. “When I did it, I knew it was catchy. It was the first thing that came to my head as soon as I heard the beat,” he said. “I didn’t take any time to try to go over it or do it over. I just went with the first thing that I was thinking of.” “Black and Yellow” also became the Pittsburgh Steelers Super Bowl anthem since the song is an ode to the city’s black and yellow colors.

Comments Off on He Had A Great Year: Wiz Khalifa Talks About Topping The Hot 100

Tagged as Billboard, He Had A Great Year: Wiz Khalifa Talks About Topping the Hot 100, wiz khalifa 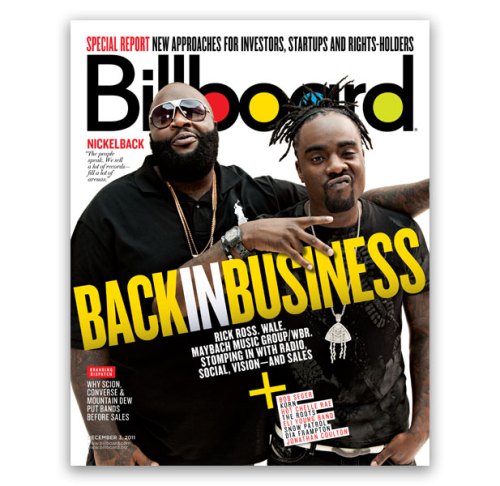 For the first time ever, Rick Ross and his protegé Wale are covering this week’s issue of Billboard magazine. This issue features an in-depth look at the partnership of Ross and Wale. Below are some excerpts:

The idea of being “clutch” — of having a sixth sense for the defining moment — is one that Rick Ross relates to. After all, the 35-year-old Miami rapper has quietly been clutch his entire career.

When he needed a hit first single five years ago, “Hustlin'” became an anthem, selling 733,000 copies, according to Nielsen SoundScan.

“I understand why New York’s a huge fan of Derek Jeter — because in the playoffs he always delivered, he always came through,” Ross says. “And that’s what it is when it comes to big records, big collaborations. I was fortunate last year to have a run with the biggest names in the game.”

NEXT PAGE: MORE EXCERPTS OF ROSS AND WALE IN-DEPTH PARTNERSHIP

END_OF_DOCUMENT_TOKEN_TO_BE_REPLACED 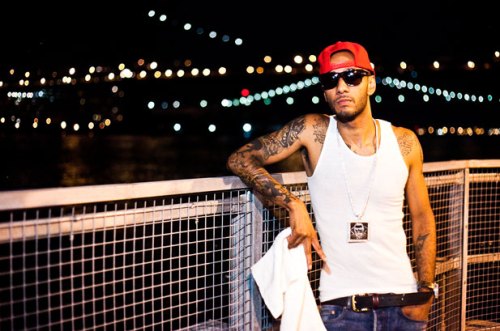 Last weekend, producer/rapper and Reebok creative director Swizz Beatz performed at Billboard’s “Summer Blowout” concert. During his set, Swizzy ran through some of the hottest tracks he released and produced like T.I.’s “Bring Em Out,” Jay-Z’s “On To the Next One” and DMX’s “Party Up,” and previews of his new solo material. After his set wrapped, Swizz caught up with Billboard.com to discuss the energy of the crowd at his recent shows. Below are some excerpts:

On his style of music and going through his catalogue.

“The music that I make, I try to make it to where it’s international, whether it’s a street record or a club record,” says the producer. “Being able to perform for different crowds and go through my catalogue, from ’98 to songs that I didn’t even put out yet, it’s a great challenge and it lets you know that you have the right idea, especially when the crowd reacts and goes crazy. So man, it’s a blessing to be able to share all those onstage with the fans.”

On his new album Haute Living.

“I’m not dropping it as an album,” says Swizz. “I don’t wanna do the week thing — I wanna put out every single as a movement. Right now I got ‘International Party,’ which is now the global campaign for Reebok. I got ‘Rock’N’Roll,’ me, Lenny Kravitz, Lil Wayne… I want people to feel every single like it’s an album.”

Comments Off on Quick Convo: Swizz Beatz Speaks On His Style Of Music, His Catalogue & ‘Haute Living’

Nicki Minaj’s “Super Bass”: The Biggest Single By A Female Rapper Since 2002

Love her or hate her, Queens native Nicki Minaj is making history once again as her single “Super Bass” is making its way to the top of the charts.

With its 4-3 rise on the Billboard Hot 100 chart last week (Aug. 13 chart date), the YMCMB femcee single “Super Brass” became the highest-charting Hot 100 rap hit by a solo female (without the aid of a featured artist) since Missy Elliott’s “Work It” reached No. 2 in 2002. “Work” spent 10 straight weeks stuck in the runner-up slot.

“Nicki isn’t like any other female rapper,” says Cash Money co-founder/co-CEO Ronald “Slim” Williams, “We knew she had the goods when Lil Wayne signed her. She’s not a female rapper — she’s a pop star who happens to rap.”

“Super Brass” is also just the eighth rap single by a solo female to reach the top 10 in the chart’s 53-year history.

Aside from “Super” and “Work It,” here are the other six single lady rappers’ hits who reached the top 10:

Comments Off on Nicki Minaj’s “Super Bass”: The Biggest Single By A Female Rapper Since 2002

Making A Comeback: DMX Is Working On A New Album & Says “[There’s] a lot of whack rappers out there. It’s too corny.”

Since being released from prison last month, rapper DMX has been working “nonstop, everyday” on his forthcoming LP, titled Redemption Of The Beast. “I kind of took it back to how I felt on my first album — the hunger, the energy, the hardness of it,” says DMX.

Producers like Swizz Beatz, Dame Grease and Caviar have contributed beats to the album, although the rapper says that he has mostly been at the studio laying down rhymes by himself.

Tagged as Billboard, DMX, Making A Comeback: DMX Is Working On A New Album & Says " [There's] a lot of whack rappers out there. It's too corny."

Cool Interview: Big Sean Chops It Up With Billboard & Says He Will Be Joining Jay-Z And Kanye West ‘Watch The Throne’ Tour

Rapper Big Sean did a recent interview with Billboard. During his interview, Sean talked about his debut album Finally Famous: The Album, working with the talented Kelly Rowland, his single “Marvin Gaye & Chardonnay” and going on his own tour this Fall. Sean also talked about how success feels, being in the studio with Kanye West and Jay-Z. Before ending his interview, Sean hinted that he will be making an appearance on Jay-Z and Kanye West’s “Watch The Throne” tour.

Comments Off on Cool Interview: Big Sean Chops It Up With Billboard & Says He Will Be Joining Jay-Z And Kanye West ‘Watch The Throne’ Tour

Tagged as big sean, Billboard, Cool Interview: Big Sean Chop It Up With Billboard & Says He Will Be Joining Jay-Z And Kanye West Tour

Ending A Trilogy: Kid Cudi Releasing The Final Installment Of ‘Man On The Moon’ Next Fall

G.O.O.D. Music recording artist Kid Cudi is currently on his “The Cud Life Tour,” which will conclude in August with a performance at Lollapalooza. Cudi performed at the Williamsburg Waterfront in Brooklyn, New York , last night Thursday (July 7). Cudi closed out his segment by performing his hit “Pursuit of Happiness” and announcing that the final installment of his Man on the Moon trilogy would be out next Fall.

Comments Off on Ending A Trilogy: Kid Cudi Releasing The Final Installment Of ‘Man On The Moon’ Next Fall