This is just in! Queens music mogul 50 Cent is hospitalized. As of press, an official reason on why Fif is in the hospital has yet to be released. The platinum-selling rapper and successful actor took to his Twitter @50Cent and tweeted, “I’m in the hospital but my gangsta grillz LOST TAPE is done so it will be out on time. http://lockerz.com/s/209485818.” 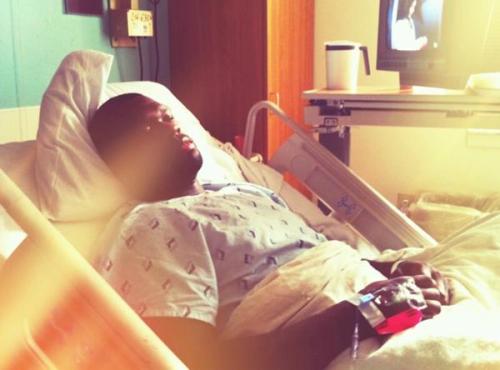 I believe 50 might have to get surgery. Minutes later, he tweeted, “I don’t want to go into surgery. @FloydMayweather call my phone why your phone off.”

“First they wanted to keep it quiet, but he’s not a quiet guy,” said Drama about 50, who is collaborating with Dram to put out his The Lost Tape gangsta grillz mixtape on May 22. “He should be cool. It’s nothing that serious. We still gonna do our promo run stuff [Thursday].”