After a few delays, rapper Young Jeezy has finally released his new album Thug Motivation 103: Hustlaz Ambition. The disc has collaborations with Jay-Z, Fabolous, Ne-Yo, Snoop Dogg and more. According to Hits Daily Double, TM103 will sell an impressive 200-225K in the first week, based on one-day reports from retailers. After doing some promo in NYC, Jeezy returned back home (Atlanta) to celebrate his album release party at Reign Nightclub. T.I. and his lovely wife Tiny, Ludacris, Akon, 2 Chainz and Future are a few of the celebrities who joined Jeezy at his celebration. I heard that the bottles were being popped and the cigars were sparked. Peep the pictures below: 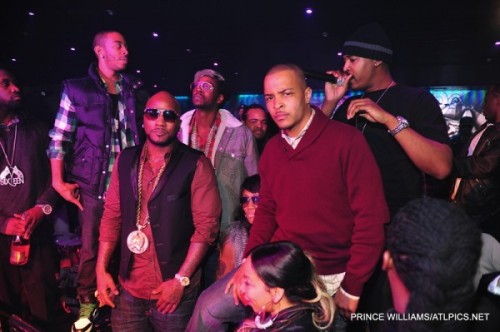