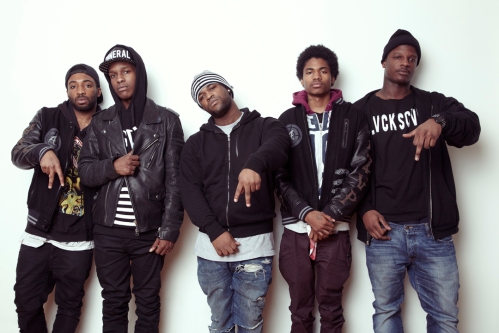 A big congratulations goes out to Harlem’s up & coming rapper and A$AP Rocky’s bandmate A$AP Ferg. He just signed a solo deal with Polo Grounds Music/RCA Records, which is also the same label that A$AP Rocky is signed too. Ferg gained a buzz off the success of his single “Work” which gathered over 1.4 million views on YouTube. Polo Grounds confirmed the signing in a new press release.

“I’m just proud right now because this is everything we wished and hoped for,” commented Rocky on Ferg’s signing. “A$AP Ferg worked hard for this and I put all my faith and backing into him. I feel like ‘Work’ is our generation’s “Sippin On Some Syrup” [Three 6 Mafia feat. UGK] or “Chickenhead” [Project Pat feat. La Chat & Three 6 Mafia], it has that feeling.”