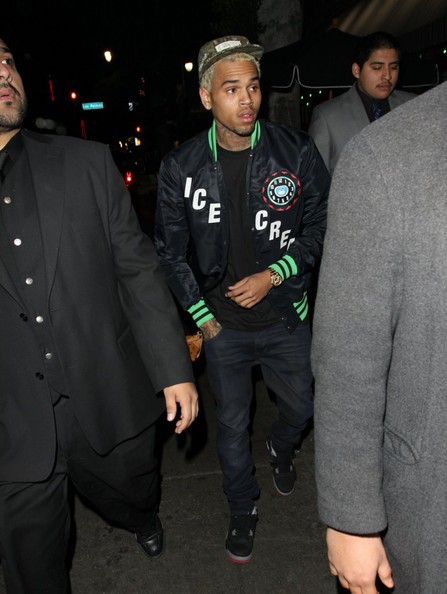 A stressed out looking Chris Brown and his Sisqo inspired blonde hair was recently spotted arriving to the Supperclub in Hollywood. For his party night out on the town, Breezy wore a BBC Ice Cream Glow Clock Varsity Jacket layered over a black tee-shirt and dark-colored jeans paired with Air Jordan 4 Retro sneakers. 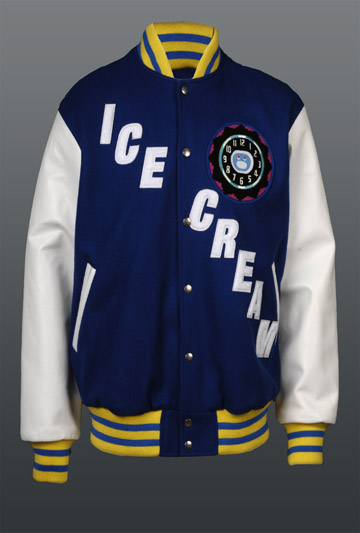 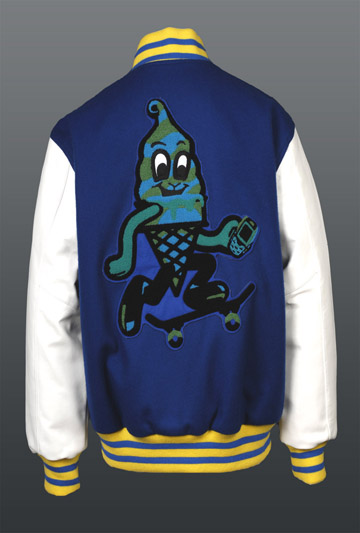 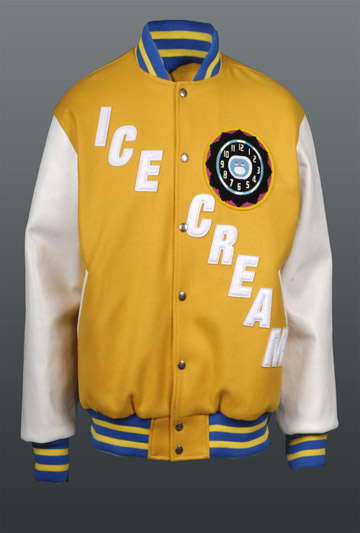 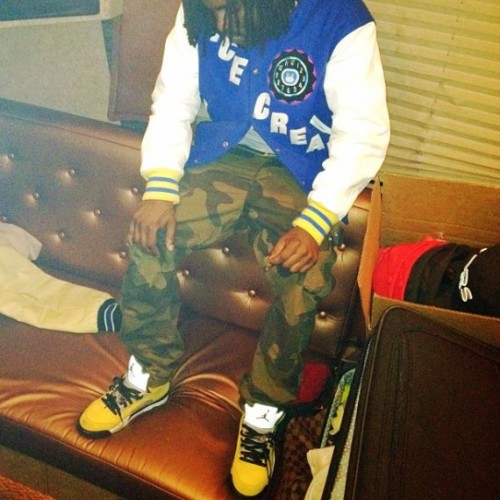 “When I wear Billionaires Boys Club, it’s more than gear/ I don’t wear it cause Pharrell, I wear it cause I’m fo real,” says Jay-Z. In 2005 Pharrell Williams, along with his manager Robert Walker partnered with Japanese designer Nigo to collaborate and release a line which was soon called BBC and Ice cream. The lines consist of T-shirts, polos, sweatshirts, denim, shirts; and outerwear. I came up with a list of five artists wearing BBC and Ice Cream. Peep the list and vote who rocked it best below: 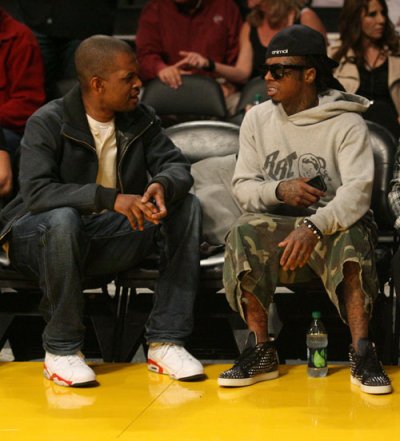 Lil Wayne was spotted in LA, sitting court side  at the Staples Center to watch the New Orleans Hornets Vs. Los Angeles Lakers game. Weezy was styling on them lames in a $253 Billionaire Boys Club logo pullover hoodie, a pair of  Marc by Marc Jacobs camo cargo shorts, with a $995 pair of Christian Louboutin Louis Flat Spike sneakers. 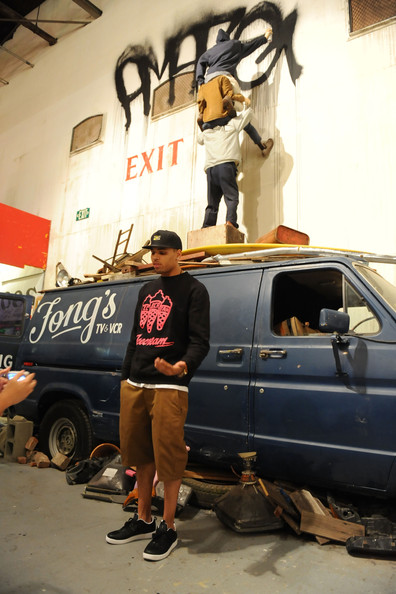 The talented Chris Brown was spotted in Los Angeles, visiting the “Art in the Streets” exhibition at the Geffen Contemporary at MOCA. Breezy was styling on them lames in a $154 black BBC Ice Cream “Three Servings” crew-neck sweatshirt.