Stylish NBA player, Amar’e Stoudemire of the New York Knicks is gearing up to launch his own clothing line. According to WWD, “Awesome view, the details are unbelievable, it’s so royal, so antique,” said Amar’e Stoudemire, who said he was in town training at a local facility — and oblivious to his soon-to-be-front page appearance on the New York Daily News. The towering New York Knicks star, who recently collaborated on a women’s clothing line with Rachel Roy, disclosed he is working on a men’s fashion line, though he declined to name his partner in the project. “Stay tuned,” he said. He’d personalized his Calvin Klein blazer with vintage pins he sourced from a store in Miami.” 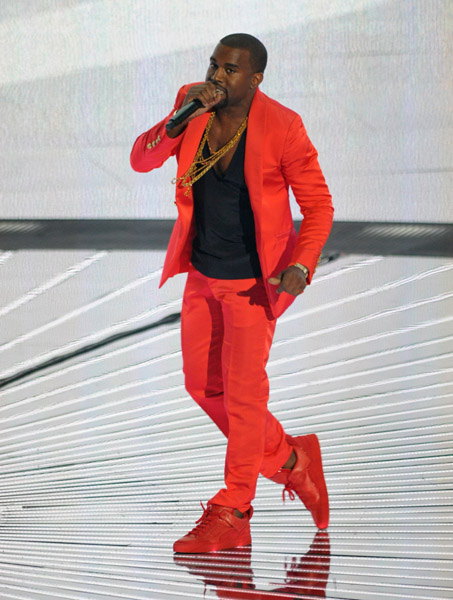 It is also rumored that music artist and fashion designer Kanye West has a men’s line in the works. Ford Models recently tweeted, “Is Kanye also doing a menswear show this week in Paris?” According to Fashionista, “Plus, back in February, A.P.C.’s creative director Jean Touitou told GQ that he and Kanye “wanted to do something related to clothes that’s not high fashion,” and just a week ago the designer tweeted an image of Kanye’s car saying, “Yé came visit APC studio.” Could Touitou, the king of minimalist cool, be helping Kanye out with his menswear line?”

Back in March, Yeezy returned to ‘Paris Fashion Week’ where he debuted his Autumn/Winter 2012 collection. Models walked the runway in a total of 20 different looks which included leather, furs and biker jackets. Fashion critics said that the second time around, Yeezy line was much better than his first tried. “This collection looks like he has had a lot of consultants working with him,” wrote the WSJ’s Christina Binkley. “But it’s way better than before.”

Are you looking forward to Amar’e or Kanye’s fashion line?

Comments Off on In The Fashion World: Kanye West & Amar’e Stoudemire To Launch Menswear Line