These arena trainers are covered in black leather with tone-on-tone laces, gusseted tongue and a rubber/gum sole. You can purchase them at Barneys or Matches Fashion.

From NYC to Atlanta, Fabolous continues to celebrate his 36th birthday celebration. Last week, he had a Great Gatsby inspired party in Manhattan as well as a Moët Nectar Impérial Rosé hosted party. Over this past weekend, Fab kept the party floating at Compound nightclub in Atlanta.

For the night of partying, Fab rocked a navy blue hoodie styled over a black & white striped shirt with black jeans. He added dark sunglasses, an $875 Just Don Mixed Exotics Brooklyn Cap and $695 Chanel Men’s Trainers to top off his look.

These luxury Chanel sneakers is from the fashion house’s Spring/Summer 2011 Collection. 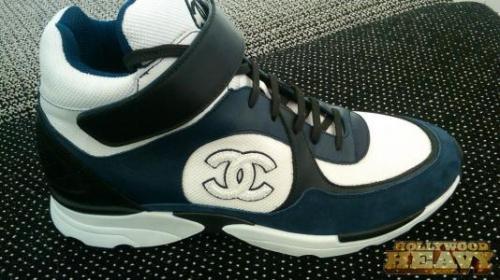 NEXT PAGE: MORE PICS OF FAB PARTYING IN ATL END_OF_DOCUMENT_TOKEN_TO_BE_REPLACED

Socialite Teyana Taylor poses in $420 PRSVR Cropped Pullover from the brand’s SS 2014 collection with the matching $600 Electric Blue Luxury Track Pants. Her outfit was completed with a $450 Just Don M&N Bulls Logo Denim Wash (Acid/Red-Matee/Black) Snapback and Air Jordan 3’s. These track pants were made by hand out of imported Nappa leather and features luxury kee zippers on the pockets and ankles.

Expect some new music from Teyana in the neat future. The Harlem-native is working on her G.O.O.D. Music debut.

Stylish rapper Diggy Simmons recently styled in a $250 En Noir Virgin Mary Tee-Shirt . He paired his tee-shirt with black/grey denim jeans and white $599 Kris Van Assche lace Up High Top Sneakers which are from the brand’s Spring/Summer 2013 collection. They feature a round toe, extended lace up closure in white, unlined collar & extended leather tongue and a zip closure at the heel. They’re completed with white rubber foxing, tone on tone stitching, leather upper and rubber sole. Get these sneakers at Forward by Elyse Walker, Farfetch or Luisaviaroma. Diggy accessorized his ensemble with a sold out $400 Just Don Brooklyn Python Skin Snapback which features a gold buckle. The tee-shirt features Virgin Mary face printed on the front, polyester/spandex upper and black short sleeves. You can purchase it at Barneys. This kid is just to dope! What are your thoughts on Diggy’s ensemble? 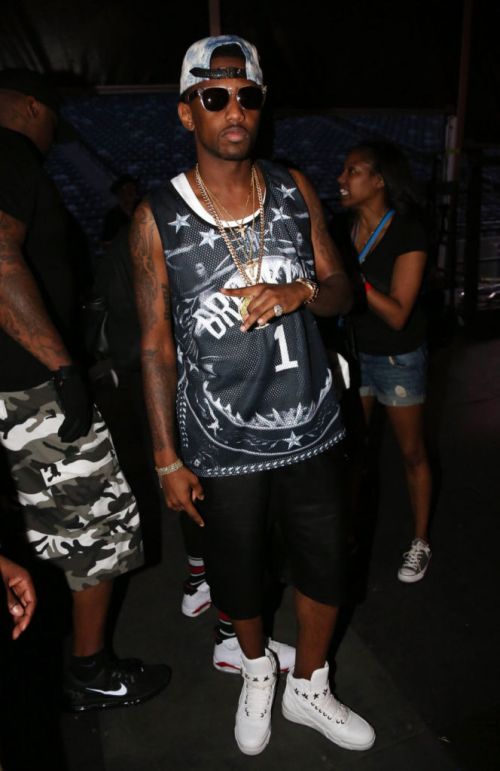 Last weekend, New York’s Hot 97′s Summer Jam 20th anniversary concert took place at New Jersey’s Met Life Stadium and yours truly (Don Bleek) was in the press booth reporting/blogging live. If you missed it, check out my full recap and live performances here. Rapper Fabolous took the stage in a custom Brooklyn Nets jersey and black leather shorts accessorized with a  Just Don Brooklyn Nets Acid Wash/Black Snapback and $685 Givenchy Star-Strap High Top Sneakers. These kicks feature a perforated toe panel, gold-tone eyelets and ribbed detailing on the back, star-studded Velcro ankle strap and debossed “Givenchy” logo on the side panel. Buy these sneakers at Barneys! Fellas, would you wear this outfit? 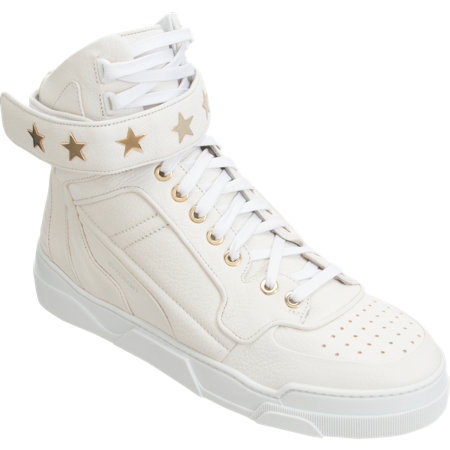 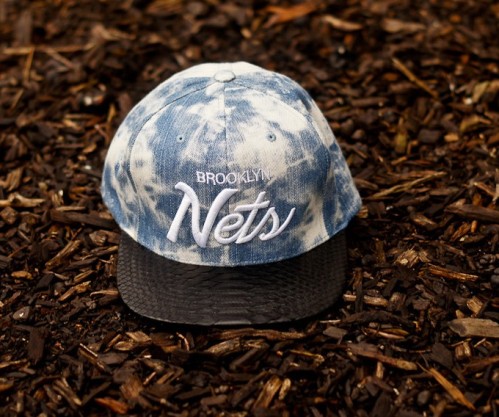 “And I could blame my environment but there ain’t no reason why I be buying expensive chains,” rapped Jay-Z on “Public Service Announcement“. Earlier in the week, Jay-Z relinquished his Brooklyn Nets stake but he’s still keeping his seat. He is one of the few celebs who are often seated court side at basketball games, especially during the playoffs. Speaking of the playoffs, Jay-Z is currently sitting court side at the Barclays Center for Game 1 of the Brooklyn Nets vs the Chicago Bulls series. He styled in a black Rich Kids “HOOLIGANS” crew sweatshirt with black jeans. His outfit was accessorized with a Just Don Nets snakeskin snapback and Charles Barkley’s Nike Air Force 180 “Phoenix Suns” sneakers. Barkley wore these sneakers when he played for the Suns. There’s no denying that Jay-Z is addicted to expensive chains!

Jay-Z renounced his owner of the team; excerpts below:

Being a member of the Nets organization surpassed some of my greatest ambitions. It was never about an investment; it was about the NETS and Brooklyn. My job as an owner is over but as a fan it has just begun. I’m a Brooklyn Net forever. It’s been an honor to work with Mikhail Prokhorov, Dmitry Razumov, Christophe Charlier, ONEXIM Sports and Entertainment, Brett Yormark and all the wonderful people involved in making the Nets first class. My sincerest thanks goes to Bruce Ratner, who first introduced the idea of moving the Nets to Brooklyn. A thank you and deepest appreciation goes to the fans. You are the lifeblood of any team.

The Nets have made their mark on the NBA and as they enter a new era, Roc Nation does as well; as we embark on Roc Nation Sports. Our newest endeavor is committed to building the brands of professional athletes as we have done for some of today’s top music artists. For Roc Nation Sports to function at its full potential, NBA rules stipulate that I relinquish my ownership in the Brooklyn Nets. It was a tough decision but as I stated earlier, it’s not about ownership. Congratulations to The Nets on a great season and making the playoffs! I will always be a Brooklyn Net. 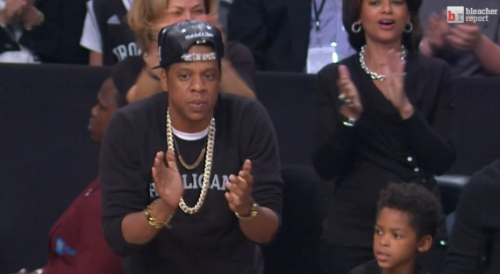 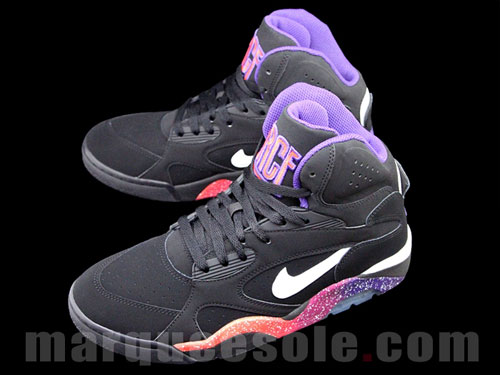