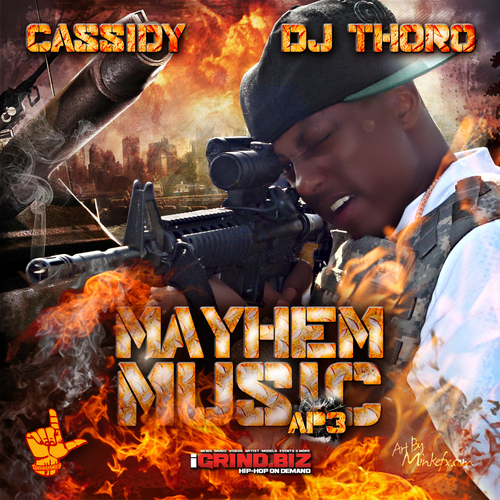 Philly’s own Cassidy popped out of nowhere and released his new mixtape, entitled Mayhem Music (Apply Pressure 3). The 22-track disc has collaborations with 50 Cent, Jadakiss, A.R. Ab, Fred Da Godson and more. In 2003, Cass rose to fame with the success of his first major single “Hotel” Ft. R. Kelly which reached the top ten on the Billboard Hot 100. Cass’ second major single “Get No Better” Ft. Mashonda helped his debut album, Split Personality go gold (selling over 500,000 copies). In 2010, Cass dropped his latest album, C.A.S.H. (Cash A Straight Huslta), the album basically flopped, only selling just over 5,000 copies in the first week. Now he is off his two-year hiatus and putting his focus back into music. I last saw Cass back in May at the Lil Kim concert in the Bronx, New York. Peep the tracklist and download the mixtape below: