French Montana Returns To Power 105’s ‘Breakfast Club;’ Is He Dating Trina & Did He Sleep With Miley Cyrus?

Yesterday Tuesday (May 21), rapper French Montana released his highly debut, Excuse My French via Bad Boy/Interscope Records. Earlier this morning, the Bronx bomber returned to NYC’s Power 105’s ‘Breakfast Club‘ for an exclusive interview. He talked about his debut, revealed that he had creative control over his album, proven that he’s capable of doing a dope song by himself, ending former feuds with NY rappers, networking and signing other artists.

When Montana was asked if he’s dating Trina and if he slept with Miley Cyrus, he laughed it off. Does that mean yes? Watch the interview below:

Excuse My French features the singles “Pop That,” “Marble Floors,” “Freak,” and “Ain’t Worry Bout Nothin”. On the album, Montana get assists from Diddy, Rick Ross, Nicki Minaj, Drake, Birdman, Ace Hood, Snoop Dogg, Lil Wayne, Ne-Yo and plenty of others. You can purchase the album on iTunes.

Over this past weekend, the Queen Bee (Lil Kim) hosted an event at Miami’s Cameo nightclub. Miley Cyrus, Teyana Taylor, NFL champion Bryant McKinnie of the Baltimore Ravens and former reality star Somaya Reece partied it up with Lil Kim. The crew popped bottles, danced and had a good time. A lot of twerking was going on! Kim tweeted, “My twerk team came out to show me love at cameo tonight @MileyCyrus @TEYANATAYLOR I Love u guys 🙂 !!!!! Muahhhh.” Peep the pics below: 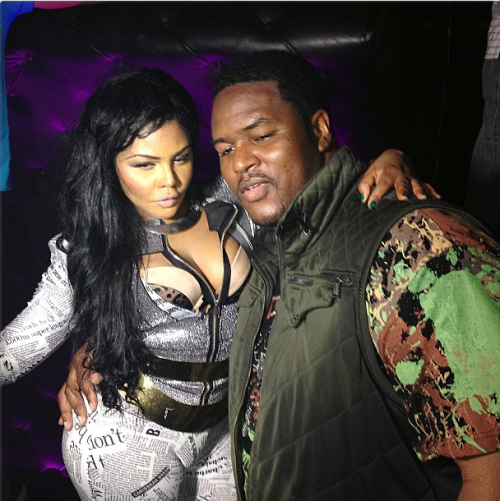