Rapper Rick Ross was photo’d backstage at the 2011 MTV VMA’s with Kim Kardashian, Swizz Beatz and DJ Khaled. The Miami native is currently touring on Lil Wanye’s “I Am Music 2” tour. Ross is also in the studio working on his forthcoming LP God Forgives I Don’t. This is the follow-up to Ross’ 2010 album Teflon Don. The disc debuted at #2 on the Billboard 200 selling 176,000 copies in its first week.

END_OF_DOCUMENT_TOKEN_TO_BE_REPLACED 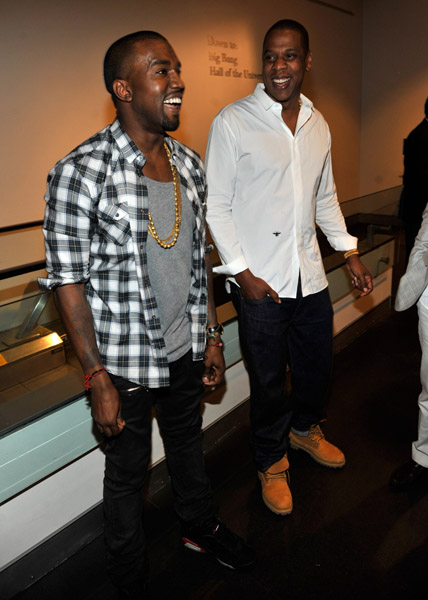 I just received an exclusive tip that MTV has a surprise for tonight’s Video Music Awards. The surprise is that Jay-Z and Kanye West has been added to the star-studded lineup. The duo will hit the stage to perform tracks off their gold-selling collaborative LP, titled Watch The Throne.

The talented Lil Wayne got all swagged out for his promo shoot for the 2011 MTV’s Video Music Awards. In the fashion shoot, Weezy rocked denim shorts, a straw hat, a camo shirt and a pair of Vans. Weezy was also playing the guitar and holding a Moonman while in his promo shoot. Weezy will be dropping his first post-prison release album Tha Carter IV on August 29.

Weezy’s stylist did a great job styling him in this shoot. Nice pics Weezy!

END_OF_DOCUMENT_TOKEN_TO_BE_REPLACED

Breaking News: Kanye West Will Be Performing At The VMA’s

I guess Kanye West does have all the power. He will be performing at this years MTV VMA’s. The shows will be airing on MTV on September 12th, live from the Nokia Theatre in L.A.

Comments Off on Breaking News: Kanye West Will Be Performing At The VMA’s