LeBron James and his fiancée Savannah Brinson jetsetted to France for the Labor Day weekend. While there, they also celebrated Savannah’s birthday. The twosome and friends relaxed on a yacht in Cannes, had dinner on a yacht in St. Tropez, and dined at Hotel Du Cap for lunch. St. Tropez is located in the French Riviera and is a resort for the European and Americans jet set and a goal for tourists and celebrity sighting. Cannes is also located in the French Riviera and it is a busy tourist destination and host of the annual Cannes Film Festival and Cannes Lions International Advertising Festival. The city is also famous for its luxury shops, restaurants and hotel.

Bron Bron and Savannah are living the good life! The two will tie the knot later this year. 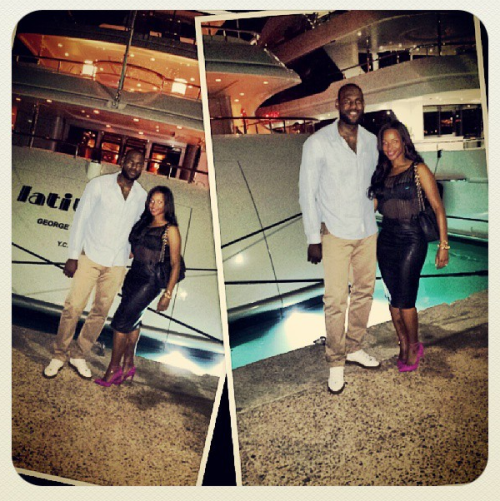 Before jetsetting to France, Bron Bron and Savannah stopped in Switerzland for a mini vacation. 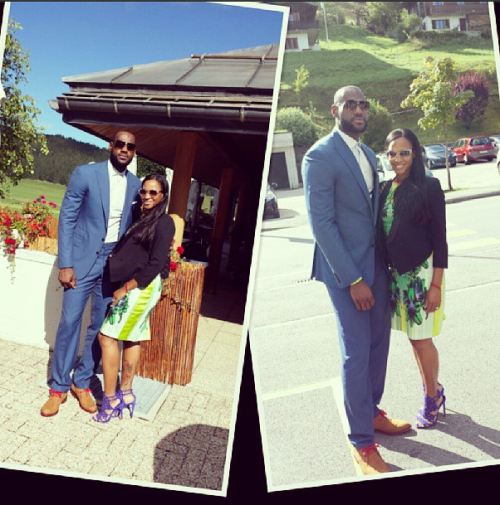 Following the 2013 ESPY’s, Miami Heat player LeBron James and his fiancée Savannah Brinson were spotted walking the streets of Beverly Hills. Bron Bron wore a sold out $422 Versace Argyle Medusa Print Tee-Shirt which features a multi-color geometric print and a medusa logo on the front. The high school sweethearts are set to wed later this year and to kick things off, the bride-to-be hosted a ‘Queen James‘ inspired Bachelorette weekend at Tao Beach in Las Vegas a few weeks ago. See the original post here. Fellas, are you feeling Bron Bron’s shirt? 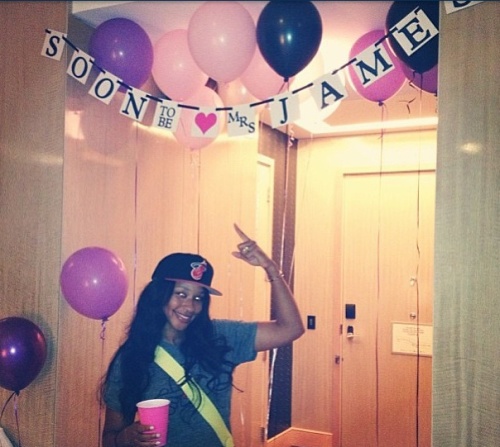 NBA player LeBron James and his high school sweetheart/fiancée Savannah Brinson are set to wed later this year and to kick things off, the bride-to-be hosted a ‘Queen James‘ inspired Bachelorette weekend at Tao Beach in Las Vegas with all her fly girls. Savannah and her girls flocked to Vegas on a private jet for a weekend of partying, dancing on tables’ tops, champagne sipping, scavenger hunts, and pool parties. They also drove on a party bus and enjoyed some time with a few male strippers. They took the party to Anguilla for part two. Peep the pics below:

NEXT PAGE: MORE PICS FROM SAVANNAH’S BACHELORETTE WEEKEND IN VEGAS

END_OF_DOCUMENT_TOKEN_TO_BE_REPLACED 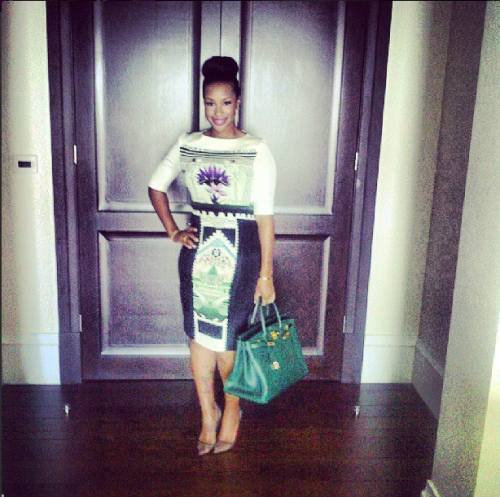 During his acceptance speech, Bron Bron thanked  his fiancee a special thank you too:

“To my wife-to-be, I want to thank you for the sacrifices you make every single day. With me being a professional athlete and not being home every day or as much as you would like, I thank you for your support and what you do for our boys.”

Enough With The Rumors: Savannah Brinson Confirms She & LeBron James Are Still Together & Getting Married 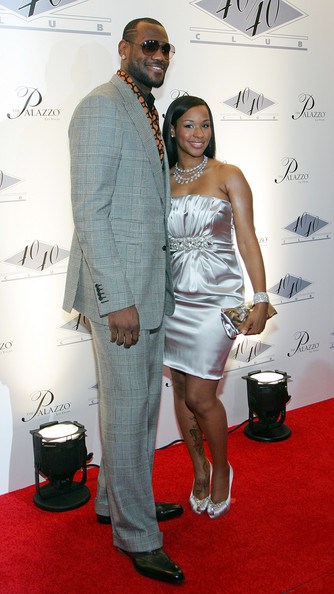 Some of you guys probably heard the separation rumors about Lebron James and his high school sweetheart, kids mother and fiancée Savannah Brinson. I was one of the few bloggers who didn’t post about it because as a graduated of Rutgers, I was taught how to fact check my stories before posting them.

At a recent Miami society gala, Savannah told Gossip Extra, “Some people have nothing better to do than starting rumors.” She continued, “It’s not because we’re not together 24/7 that we’re having problems.”

It is also being reported that Savannah was spotted at several bridal boutiques in Miami and NYC.

Comments Off on Enough With The Rumors: Savannah Brinson Confirms She & LeBron James Are Still Together & Getting Married

With all of LeBron James money, there is no reason for his fiancée Savannah Brinson not to be stylish. The mother of two has been named ‘One of Miami’s Most Stylish’ by StyleCaster. After moving from her hometown of Akron, Ohio to relocate to Miami, Savannah revamped her image and changed her style. During a recent shoot for the publication, she talked about fully embracing the change of style and scenery: “There is always a way to make a simple outfit sexy in Miami,” she says. “I recently treated myself to a lipstick-red Chanel Jumbo Icon Bag with silver hardware—it was pretty hard to find but worth the hunt! However, my most coveted item right now is my engagement ring (from fiancé LeBron James) for obvious reasons.” 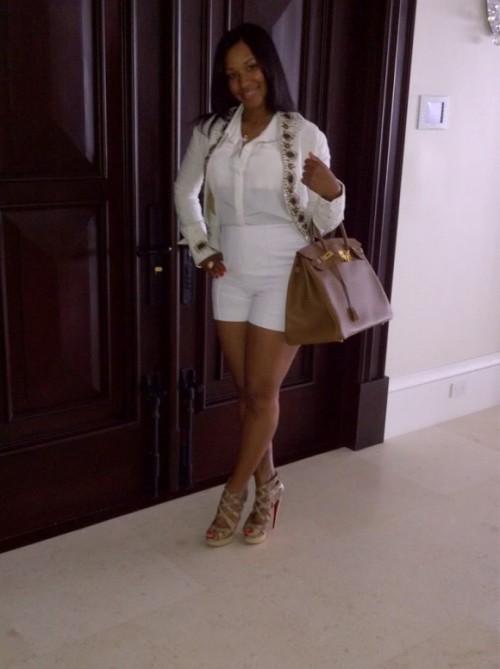