Read Her Side Of The Story: LisaRaye Covers Jet Magazine & Speaks On Catfight With Stacey Dash

Successful Hollywood actress, business woman and former Premier of Turk & Caico’s LisaRaye McCoy is covering the latest issue of Jet Magazine. LisaRaye found time to take a break from filming season 2 of VH1‘s scripted show Single Ladies to chat with one of the oldest and most successful African-American publications. In the exclusive interview, LisaRaye talked about her cat fight with Stacey Dash and denied that she got her fired from the show. She also talked about her former friend, actor Duane Martin. Below are some excerpts:

On moving on without Stacey Dash who played her best friend on the show:

Believe me I wish things had worked out because I thought Stacey and I were great together.  She was my age and we were working it.  It was sex-symbol to sex-symbol.  But she didn’t want to be there.  I was disappointed about that.  She had some issues.  I’m not sure exactly what those issues were.  In the end, she and VH1 made a decision.

On the catfights that really went down on set

Yes, there was a disagreement over a scene.  And it really wasn’t with me.  It was with the director.  I think it was about 2 or 3AM and we’d been shooting all damn day.  Stacey tried to argue with the director about a line.  And I’m like: “Girl, if you don’t say what the director wants you to say.”  It wasn’t that serious at first, but it went there.

It’s a bunch of women on the set.  We might all be on our damn period at any given point.  I just wanted us to move forward.  Then the argument took on a life of its own.  The show decided to use it for publicity.  They just ran with it.

On which Hollywood friend she had to dump:

Duane Martin. I introduced him to my ex-husband [former Turks & Caicos Premier Michael Misick], he got buddy-buddy with him and then turned against me.   Just recently, this fool Duane up and sold a building he and I bought awhile ago in Los Angeles, without asking…I don’t care if we’re not friends, just don’t try to f**k me in the interim.

When I heard about him in the middle of Will & Jada’s divorce rumors, I tweeted: sounds familiar.  He really aint got enough business.

Comments Off on Read Her Side Of The Story: LisaRaye Covers Jet Magazine & Speaks On Catfight With Stacey Dash 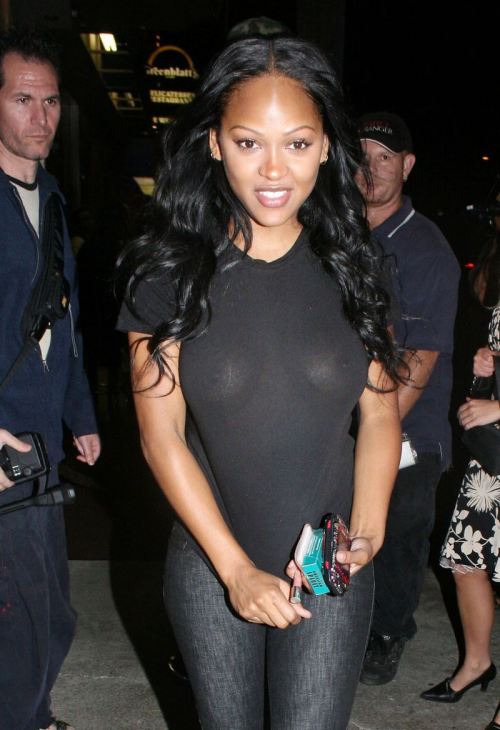 Last week, I reported that Stacey Dash confirmed her departure from VH1′s Single Ladies. It’s now rumored that Meagan Good will take Dash’s former role. According to BrownSista.com, Good who had roles in movies and TV shows such as Stomp The Yard, Jumping The Broom and  BET’s The Game was offered the part this week. As of press, there have been no confirmation from VH1, Queen Latifah (Executive Producer) or the show’s head writer, Stacy Littlejohn.

Popular Hollywood actress Stacey Dash had us all tuning into VH1’s Single Ladies this past Spring/Summer. Her stank walk and sexy voice made a lot of men flooded their Twitter accounts each time an episode premiered. After the end of a successful first season, there were rumors and speculations that Dash would not be returning to the Queen Latifah executive-produced show, which starred Val (Stacey Dash), Keisha (Lisa­Raye McCoy), and April (Charity Shea).

In an exclusive statement released to GlobalGrind.com, Stacey Dash confirmed her departure from VH1’s Single Ladies.

“I truly enjoyed playing Val on ‘Single Ladies’, but I have decided to leave the show. I have to be back in L.A. with my children right now and the ‘Single Ladies’ shooting location makes that impossible. I wish VH1 the best of luck with the show and in maintaining the strong fan base we developed in season one.”

VH1 has also released a statement.

“VH1 respects Stacey’s decision and her commitment to what she feels is best for her family. We thank her for all of her hard work in making ‘Single Ladies’ a success right out of the gate, and we wish her nothing but the best in her future plans.”

Comments Off on It’s Official: Stacey Dash Releases Statement On Why She Left VH1 ‘Single Ladies’

Hollywood actress Stacey Dash is still fabulous at 45 years old. The Single Ladies star is featured in a fashion spread in Runway Magazine. In her interview, she talked about how she stays in shape, her character Val’s and her upcoming projects. Read some excerpts below:

On how she stays in shape

I eat healthy, I run and I work out with a personal trainer who does a very strenuous, athletic workout with me four to five time a week.

NEXT PAGE: MORE EXCERPTS AND PHOTOS

END_OF_DOCUMENT_TOKEN_TO_BE_REPLACED

Comments Off on 45 & Still Styling On Them Hoes: Stacey Dash Featured In Runway Magazine