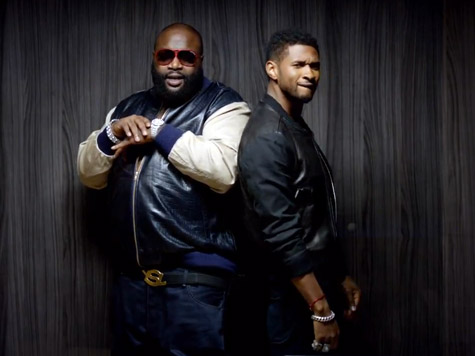 After premiering the record last month, the official visual to Rick Ross Ft. Usher “Touch N’ You” premiered last night Tuesday (June 19). The Rico Love produced-track caters to the ladies and is the first single off the Bawse forthcoming LP, God Forgives, I Don’t which arrives on July 31 via Def Jam. In the Chris Robinson directed visual, Ross shares his luxury lifestyle by sitting on an expensive sofa and poolside smoking a cigar as his girl wears some of the most expensive designer pieces in the bedroom. Wale, DJ Khaled and Omarion made a cameo in the visual as well. Watch below:

God Forgives, I Don’t drops on July 31, and Self Made, Vol. 2 compilation arrives June 26.