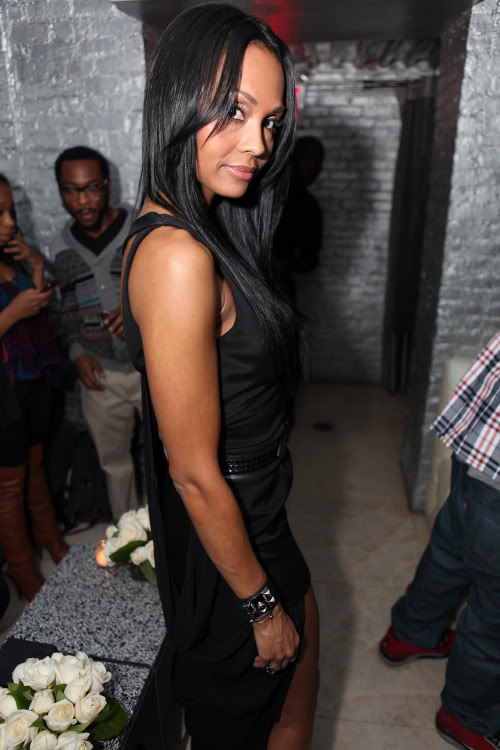 Jennifer Williams and those other chicks on VH1‘s ‘Basketball Wives’ are out and Tasha Marbury is in. Tasha is an REAL wife, not like those other so-called wives on the show. She is married to former NBA player Stephon Marbury who currently plays for a league in China. If you guys are not familiar with Tasha, she is good friends with rapper Fat Joe’s wife Lorena Cartagena and designer Tia Eisly (pictured below). It is being reported that sources close to the production confirmed that Tasha is in final talks to join the show.

According to TMZ, “We’re told producers approached Tasha for two main reasons … she’s actually a basketball wife (she and Stephon married in 2002) … and secondly she’s already friends with some of the other “wives.” Sources tell us, Tasha was previously asked to do season 1 of “BB Wives”, except Stephon nixed the idea — but now he lives in China part time playing for the Beijing Ducks … and changed his tune. We’re also told producers are still looking to fill a couple more spots. One of which might be Evelyn Lozada‘s — considering she has yet to make decision about returning to the show.” 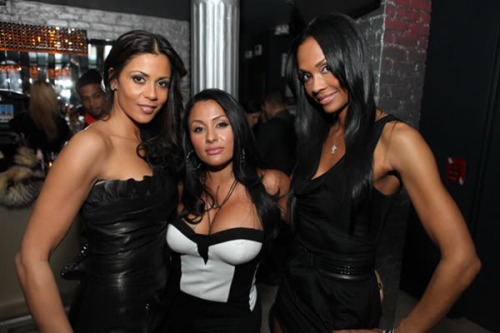 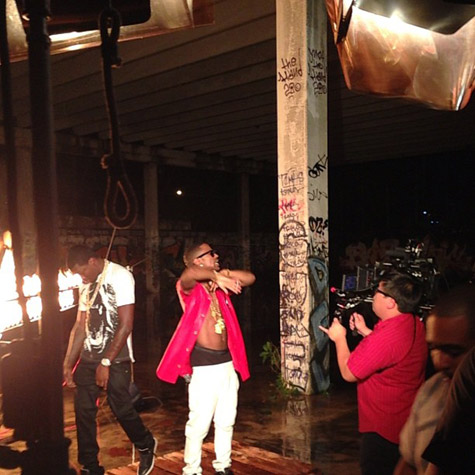 Philly’s own Meek Mill followed Rick Ross/MMG’s trend and added one of his mixtape tracks to his official album. “Burn” Ft. Big Sean now serves as the latest single off Meek’s debut LP,  Dreams & Nightmares which arrives October 30.Yesterday Saturday (September 22), the twosome headed South to Miami and began filming the visual inside of a warehouse. So far, the visual will feature a lot of fire flames, models, fast cars and a crocodile. Expect the visual to premiere soon! 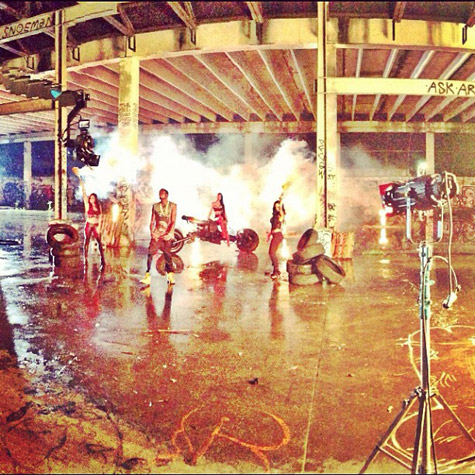 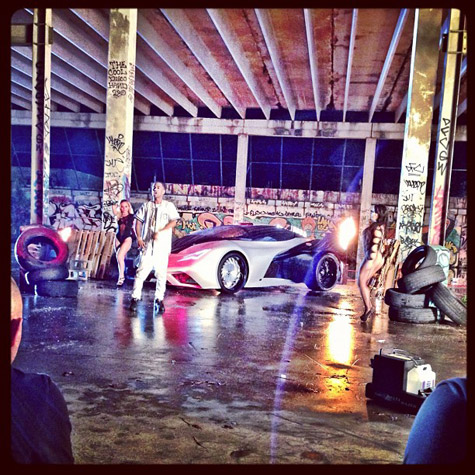 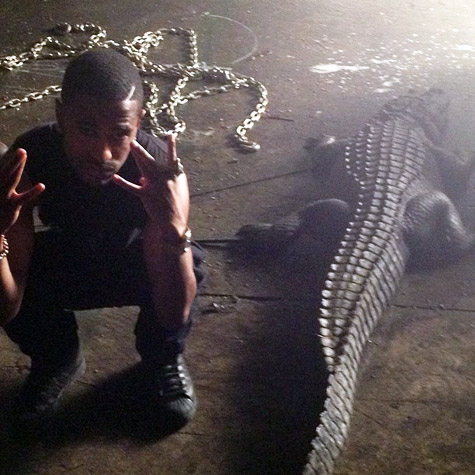 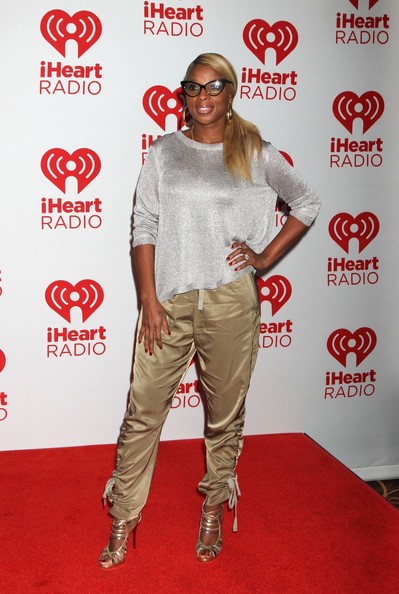 The Queen of Hip Hop Soul (Mary J Blige) was photo’d on the red carpet for day two of the 2012 iHeart Radio Music Festival in Los Vegas. She looked stunning in a silver top and silk gold pants paired with gold and silver opened-toe heels. 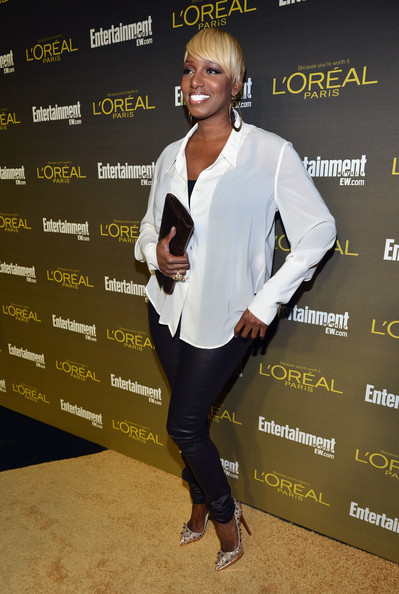 Over this weekend, Nene Leakes was spotted partying at the Entertainment Weekly Pre-Emmy Party which was held at Fig & Olive in Las Angeles. For the event, she kept it simple in a white blouse and black pants paired with Christian Louboutin Pumps. 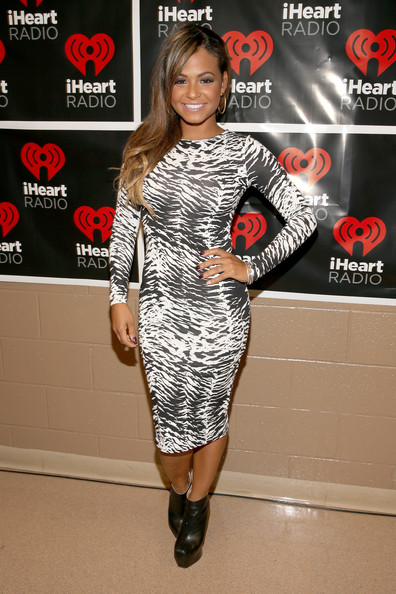 Christian Milian was also spotted at the 2012 iHeart Radio Music Festival in Las Vegas. She styled in a zebra print dress paired with black booties. 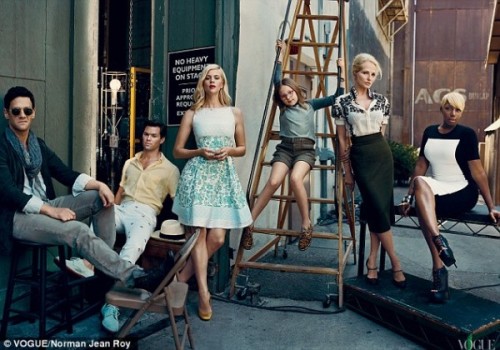 Reality star, actress and business mogul Nene Leakes brand has just gotten bigger. A few years ago she rose to fame as the mega superstar on Real Housewives Of Atlanta, now the “very rich” chick is featured in the October 2012 issue of Vogue magazine alongside her cast-mate Justin Bartha, Georgia King, Ellen Barkin, Andrew Rannells and Bebe Wood of the show New Normal. For the spread, Nene wore a Stella McCartney Colorblock Jersey Dress from the brand’s Evening 2012 collection and it is available at Neiman Marcus for $795. Singer Alicia Keys was photo’d wearing this same exact dress paired with Stella McCartney Pumps during ‘Paris Fashion Week’ and so was Monica. She wore hers to Club Liv in Miami for an event with rapper Trina. Monica paired her dress with Giuseppe Zanotti Suede Platform Pumps. Now, back to Nene! She paired her dress with $1,095 Giuseppe Zanotti Black Mesh Platform Booties. Nene does at great job at branding herself and the dress looks good on her. 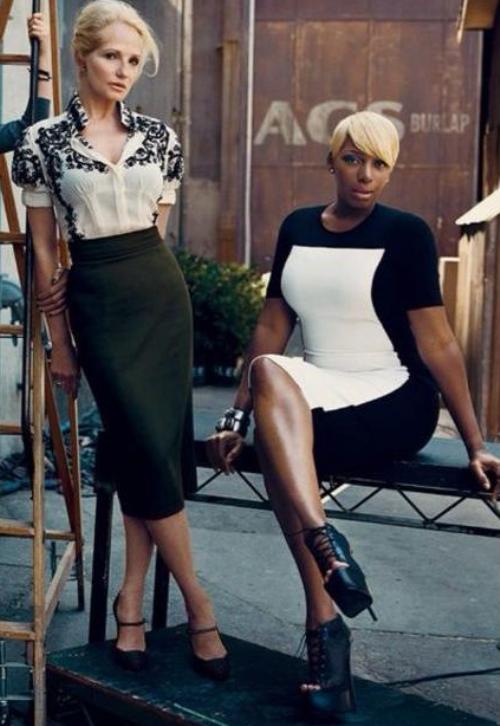 NEXT PAGE: PICS OF THE DRESS AND SHOES NENE IS WEARING IN VOGUE’S OCTOBER 2012 ISSUE

END_OF_DOCUMENT_TOKEN_TO_BE_REPLACED 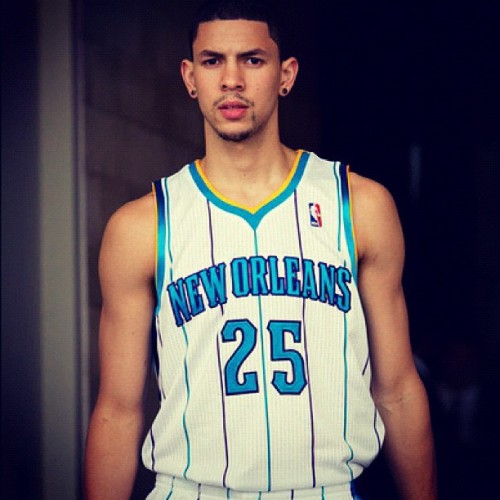 NBA rookie Austin Rivers (guard for the New Orleans Hornets) had the opportunity to converse with Uncle Russell Simmons‘ online publication Global Grind. The California native talks about the inspiration that he receives from his father (Doc Rivers) who is an NBA legend and currently the head coach of the Boston Celtics, his achievements for this upcoming season (which is winning), being good friends with other rookies and being able to play with Anthony Davis. He also reveals his music pleasure and admits that he just brought 2 Chainz’s, Based On A True Story and Rick Ross‘ God Forgives, I Don’t albums. Some people will be shocked to know that this 6 ft. 4 in. player knows all of Spice Girls songs. Watch his interview below:

Tagged as Austin Rivers, Austin Rivers Speaks On The Inspiration That He Receives From His Father & Reveals His Guilty Music Pleasure 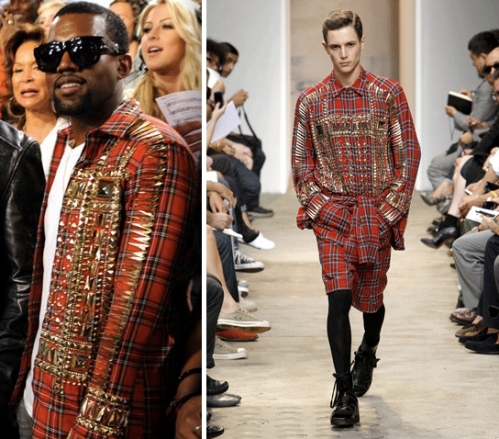 A lot of people has been tweeting and emailing me about this stud shirt that Kanye West wore during his “We Are The World” recording session in Hollywood. The shirt is actually a Givenchy Plaid Tartan Shirt from the brand’s Spring/Summer 2011 menswear line. I posted pictures of this shirt back in July of 2011. It comes in a classic red tartan check pattern and features heavy applications of gold metallic studs. I’m not too sure if this shirt ever made it to Givenchy’s retailers or not because Kanye is the only person I saw wearing it besides the model that walked the runway in it. If I get more info about this shirt, I will post it. If you have any updates, drop me a comment or email. Thanks! Peep the pics below: 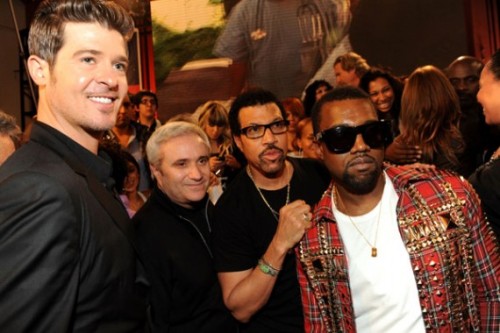 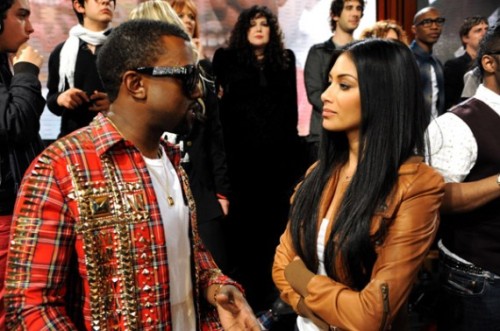 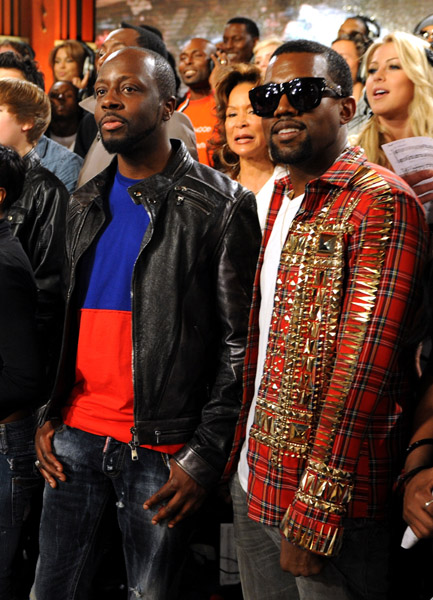 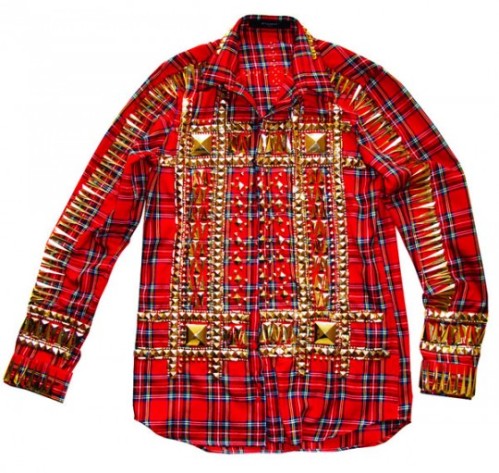