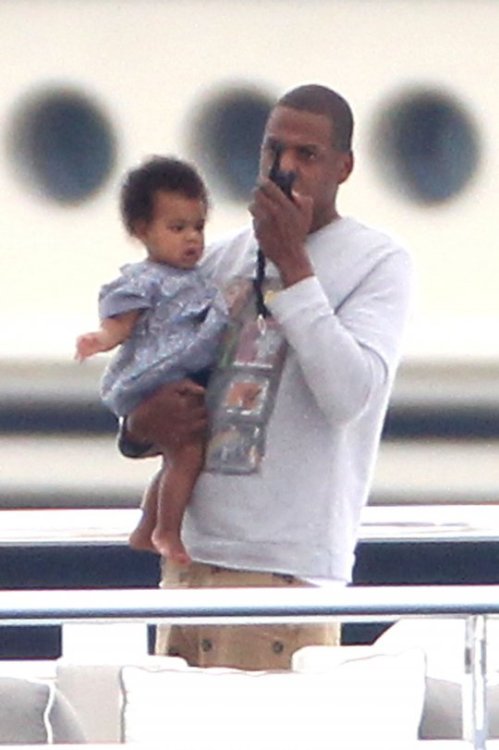 After performing in Philadelphia over this past weekend for his  ‘Made In America’ concert, Jay-Z, his wife Beyoncé and their daughter Baby Blue Ivy boarded a private jet and flew to the Mediterranean Sea to celebrate Beyoncé’s 31st birthday. The Carters were spotted enjoying some family time in the South of France. Baby Blue is so adorable and she is living the life at just 7-month-old. 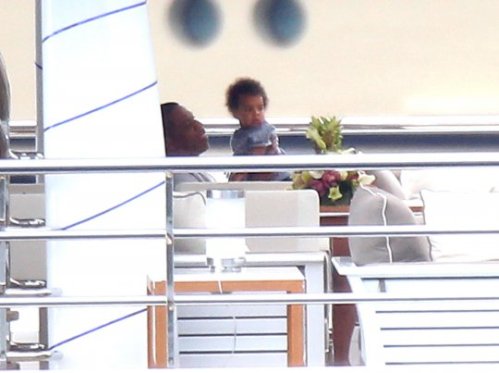 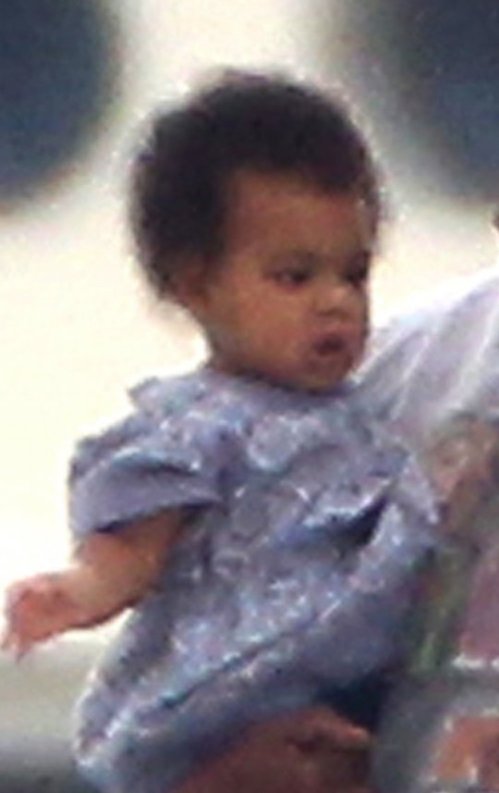 Comments Off on LIVING THE LIFE! Baby Blue Ivy, Jay-Z & Beyonce Vacaying In The South Of France For Mrs. Knowles-Carter Birthday

Tagged as LIVING THE LIFE! Baby Blue Ivy Jay-Z & Beyonce Vacaying In The South Of France For Mrs. Knowles-Carter Birthday

Celebs On The Scene: T.I. & Tiny, Draya And Rihanna Spotted Out & About 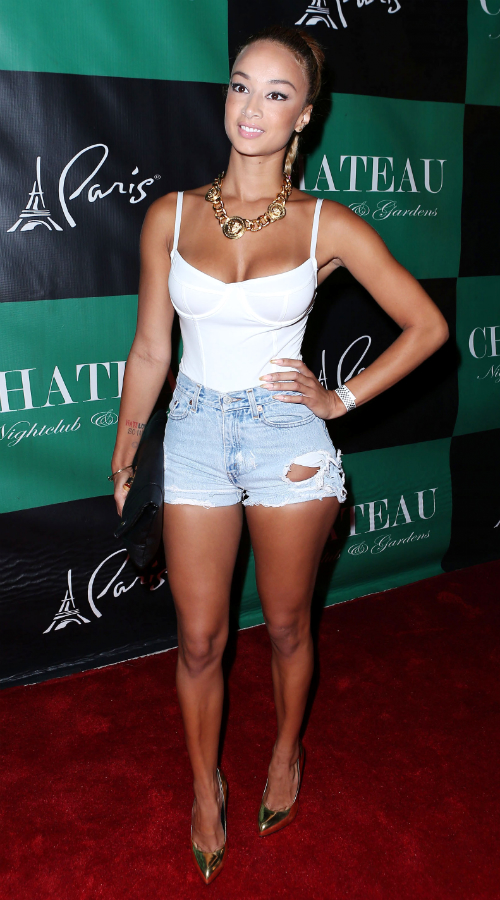 Over this past weekend, reality star Draya attended Diddy’s ‘Sexiest Party In The City’ in Vegas at the Paris Hotel. For the event, she opted for a white tank-top and ripped denim daisy dukes paired with $650 Giuseppe Zanotti Frida Pumps.

Across the pond in London, Rihanna was wearing an 90’s inspired Aaliyah and TLC outfit. She had on Air Jordan sneakers, sweatpants and crewneck sweater. Riri was leaving her London hotel,  headed to the recording studio.

Comments Off on Celebs On The Scene: T.I. & Tiny, Draya And Rihanna Spotted Out & About

Tagged as Celebs On The Scene: T.I. & Tiny Draya And Rihanna Spotted Out & About 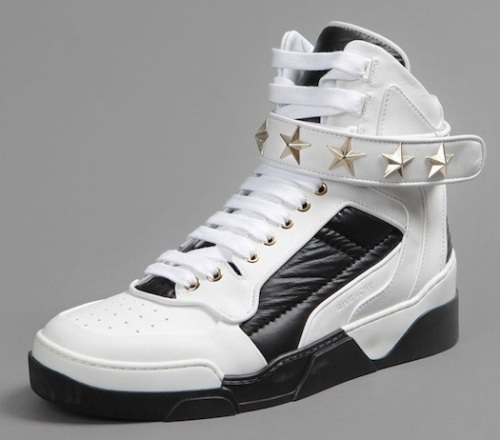 Fall will be here in about two weeks and fashion brands are releasing their upcoming collection. I am obsessed with these Givenchy Star Studded Strap sneakers. The upscale fashion brand uses their now signature star motif for their latest high-top sneaker release which come in white for $734 and black $695. They feature a contrasting black and white color scheme with an upper that consists of leather, polyester and polyurethane elastomere. Do you like these sneakers and how would you wear them? 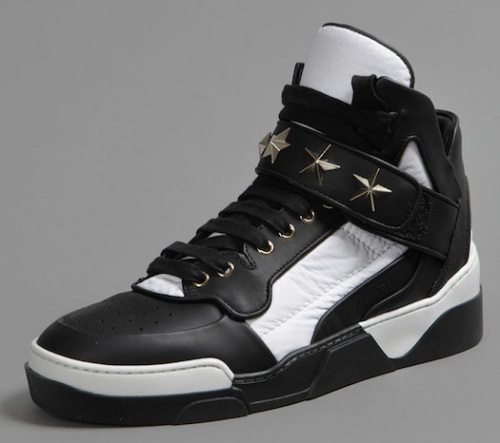 No need to get into much detail, if you watched the first season of Love & Hip Hop: Atlanta, you are most likely to be aware of the situation about singer K. Michelle. She mentioned that she was repeatedly abused by her ex-boyfriend who was her label CEO and an A&R at Jive (RCA). Throughout the show, K. Michelle stuck by her story and to be honest with you, I believe her. But like some females, K. Michelle did not file charges because she wanted to protect her image and was so in love with the man who was abusing her. K. Michelle NEVER identified the man or gave any clues to who he was on the show. When the blogs reported that it was Memphitz who his currently married to Lil Wayne’s ex-wife and daughter’s mother Toya, things went from bad to worse. I guess, Memphitz felt guilty and couldn’t take the pressure anymore. Not only did Memphitz allegedly abuse K. Michelle, he also spent up all of her money, left her broke and almost ruined her music career. With a lot of threatening texts and emails from Memphitz, K. Michelle was able to get out of her contract without owning Jive anything. K. Michelle did say Memphitz name in interviews and answered questions about him when she was asked. They also got into a heated argument via social networking Twitter.

Now that the season is over and the reunion has wrapped, Memphitz struggling image has been tainted. He has filed a multimillion dollar lawsuit against Viacom International, NFGTC Inc, K. Michelle and Mona Scott Young’s Monami Entertainment. He is claiming that K. Michelle’s accusations of domestic violence are fabricated and the show gave her a “worldwide platform” for her to “assassinate his character”. This guy must have fallen and bumped his head! He is asking for $1 per viewer (3-4 million viewers) per episode that his character has been defamed, which totals 12 episodes and the two reunions shows.

NEXT PAGE: A STATEMENT FROM MEMPHITZ & HIS ATTORNEY

END_OF_DOCUMENT_TOKEN_TO_BE_REPLACED

Comments Off on Memphitz Sues K. Michelle, Mona Scott-Young & VH1 After Being EXPOSED As A WOMAN BEATER 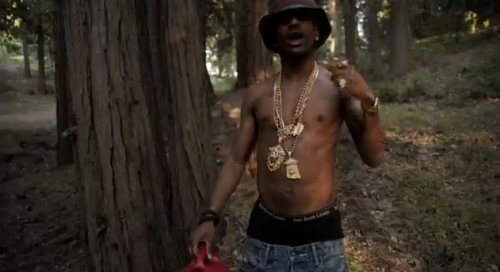 Visualized by Mike Carson & Mike Waxx, Big Sean releases the official visual to his single “RWT”. The track appears on Sean new mixtape Detroit which drops today Wednesday (September 5).  In the visual, Sean rides in a jeep that takes him to the middle of the woods where he swings a baseball bat at the tree branches and pours gasoline on the forest floor. Watch below:

Singer Alicia Keys is on fire! Over this past weekend, she dropped her new single “Girl On Fire (Inferno Version)” Ft. Nicki Minaj. The single is expected to appear on her upcoming album, Girl On Fire which arrives November 27th. It was announced that A. Keys just expanded her empire by launching her new Reebok sneaker collection. The Reebok Freestyle Hi shoes are available at Reebok retailers for $80 and come in a few different designs including New York skyline & piano keys and tribal patterns. The deal was spearheaded by Reebok’s creative director Swizz Beatz (A. Keys’ husband). Ladies, are you buying these sneakers? 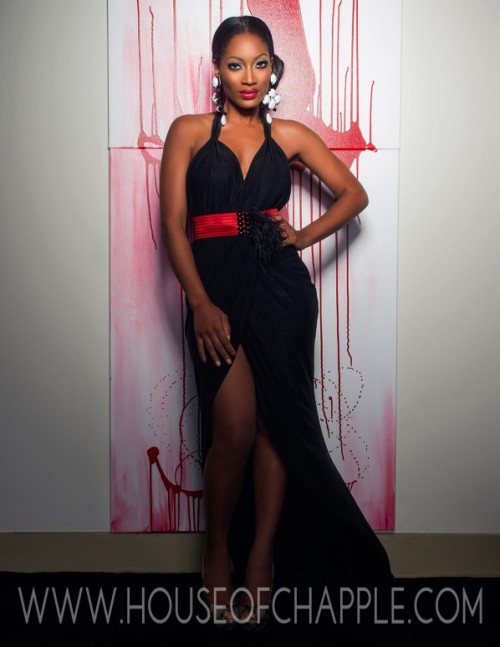 One of the biggest highlights from LHHATL Reunion Part 2 was when Scrappy got on one knee and popped the question to his daughter’s mother/girlfriend Erica Dixon with a nice engagement ring. Of course, she said yes! In a recent fashion spread, Erica gets glam-up in designs from Reco Chapple for his HOC Magazine. HOC Magazine’s inaugural issue will launch January 2013. We’re love Erica’s new look, are you? 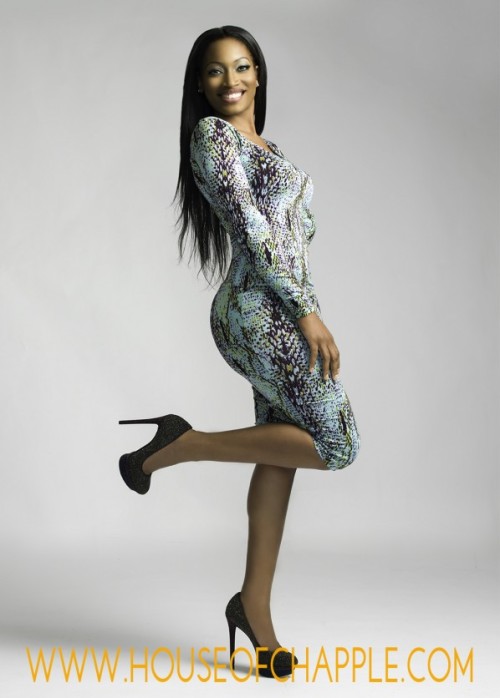 Rihanna loves it when you eat it! As for A$AP Rocky, he keeps it pretty and drops some dope lyrics about wearing fox furs and eating oxtails over the Bangladesh-produced “Cockiness (Remix)”. The original track appears on Rihanna’s 2011’s Talk That Talk. The single will be available on iTunes this week. This Thursday, Riri will open the 2012 MTV VMAs. Listen to the audio below: